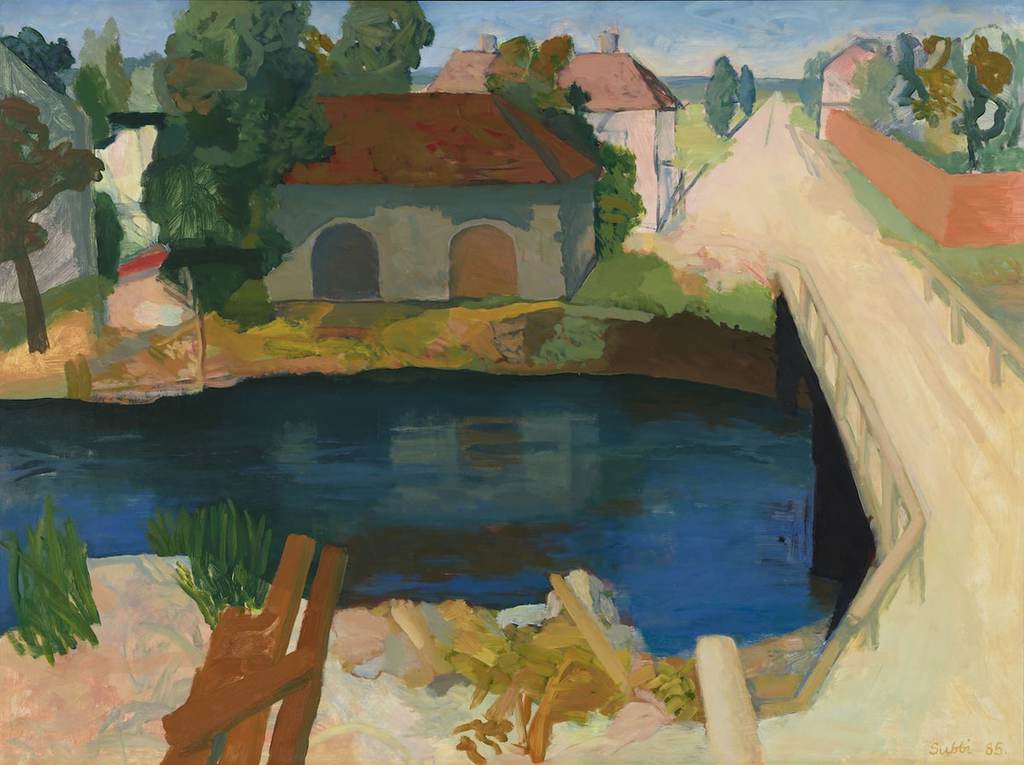 We do not know where this mill, road and pond are. And it does not matter. It is obvious that the artist was knowingly disconnecting himself from the surrounding world and focussing on a motif that seemed to come from a distant past. The title Mill Pond alludes to the archaic elements in the landscape, which no longer had any meaning in the 1980s except as romantic monuments to the past. A road leading off into the distance is a common motif in Subbi’s oeuvre and in older Estonian painting in general, most likely because it expresses yearning and nostalgia. In this painting, the impression of depth is enhanced by the stretch of wall, the handrails of the bridge and the ends of the logs in the foreground, all of which direct the viewer’s gaze away, into the depths of the depicted scene.

What are extraordinary about this work of art are the large colour planes. Both the blue pond and the yellowish road have been painted as large uniform areas, whereas normally Subbi preferred dense brushwork and constantly changing colours. Large planes help bring emotional tranquillity to the painting, making its atmosphere calm and a bit melancholy. The way the buildings have been depicted, on the other hand, is typical of Subbi: the citadel-like houses look like large cubes or other geometrical forms, not so much like buildings in which people would live and work. Nature has been drawn in a completely abstract way, by subtly marking only the trunks and crowns of trees and by using rapid brush strokes to convey everything else.