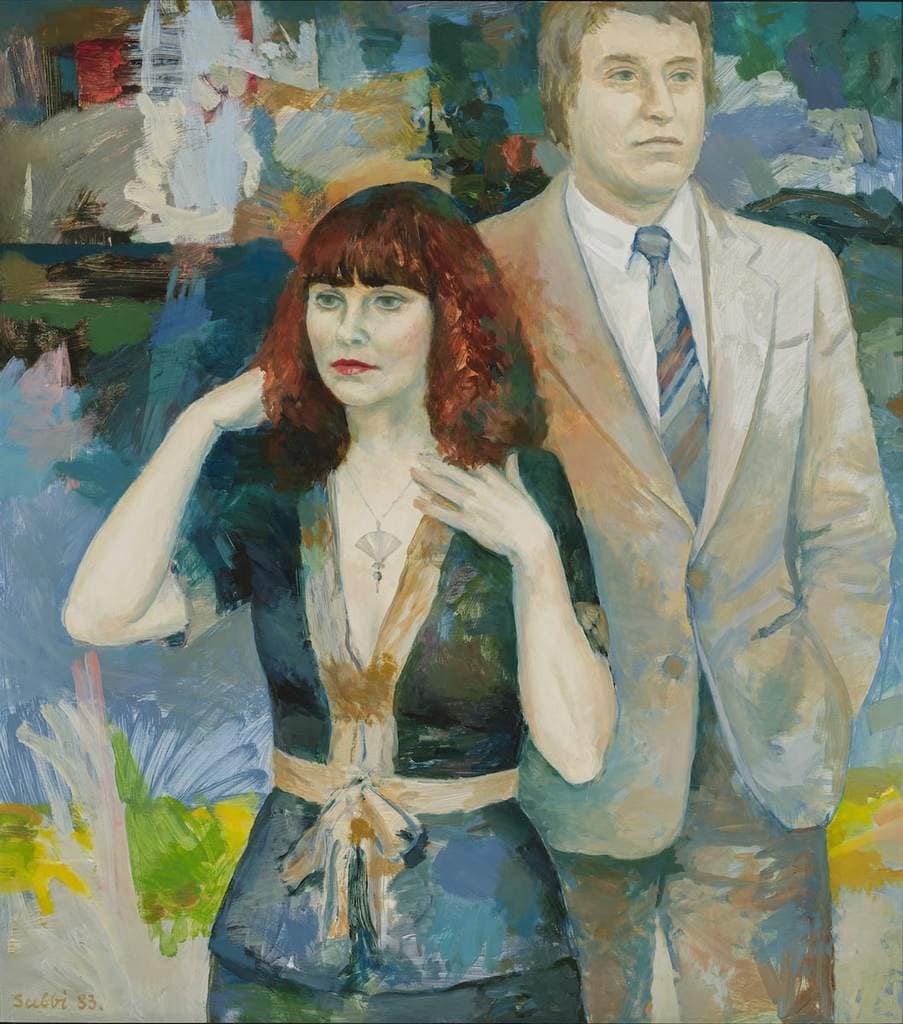 The graphic artist Mare Vint and the painter Andres Tolts were close friends of Olev Subbi’s even though they were both nearly a generation younger than him. Their artistic approaches also differed greatly: Tolts was a pop artist who played with grotesque and surrealist images, while Vint created nuanced prints with metaphysical and geometrical forms. Despite their different approaches, the three got along well and at some point Subbi proposed that the other two pose for him, as he did with many of his friends.

The colleagues are depicted as embodiments of opposing world views, reflected in their clothing and postures. Andres Tolts is wearing a conservative suit and he is in a reserved and neutral pose. This choice is somewhat surprising on Subbi’s part, for Tolts was a playful though not extravagant dresser until the end of his days. Mare Vint is depicted in an Oriental costume and in an unusual, slightly lyrical pose. Her poetic appearance is enhanced by the jewellery around her neck and her bright red hair. With these choices, Tolts forms a background for Vint, for his grey suit and pale complexion emphasise Vint’s colourfulness. As usual in portraits, Subbi did not stress psychological aspects of the models; for him, portraying Vint and Tolts was just a means to record their friendship and an excuse to experiment with colour. We should also note that the background does not contain a single realistic detail but instead a symphony of brush strokes that make up abstract ornaments. The depiction of actual people has thus been combined with autonomous colour planes which bear no relation to the outside world.