Eugen Gustav Dücker was born in Kuressaare into a German family but went to St. Petersburg at the age of 17 already to study the art of painting and due to his successful studies, he earned a six year (!) scholarship, which allowed him to travel onward to Germany. There he eventually arrived in Düsseldorf, which had been an important centre for art in the first half of the 19th century in the context of all of Europe and had not significantly lost its meaning in the 1860’s as well. A year before the completion of Rügen Landscape, Dücker was selected as an academician of the St. Petersburg Academy of the Arts. A few years later, he became a professor at the Düsseldorf Art Academy. In the opinion of some critics, Dücker was one of the founders of the modern landscape painting. Thus it was written in 1872 (quoted in Tiina Abel’s catalogue The Düsseldorf School in Estonian Art): “Dücker, Savrassov, Kamenev, Shishkin, Amossov, Vassilyev and others brought the same kind of turn to landscape painting as Pushkin, Gogol, Turgenev and others brought to the description of nature in literature. Simplicity and truth by way of excellent technique – these are the values of the new landscape painting.” 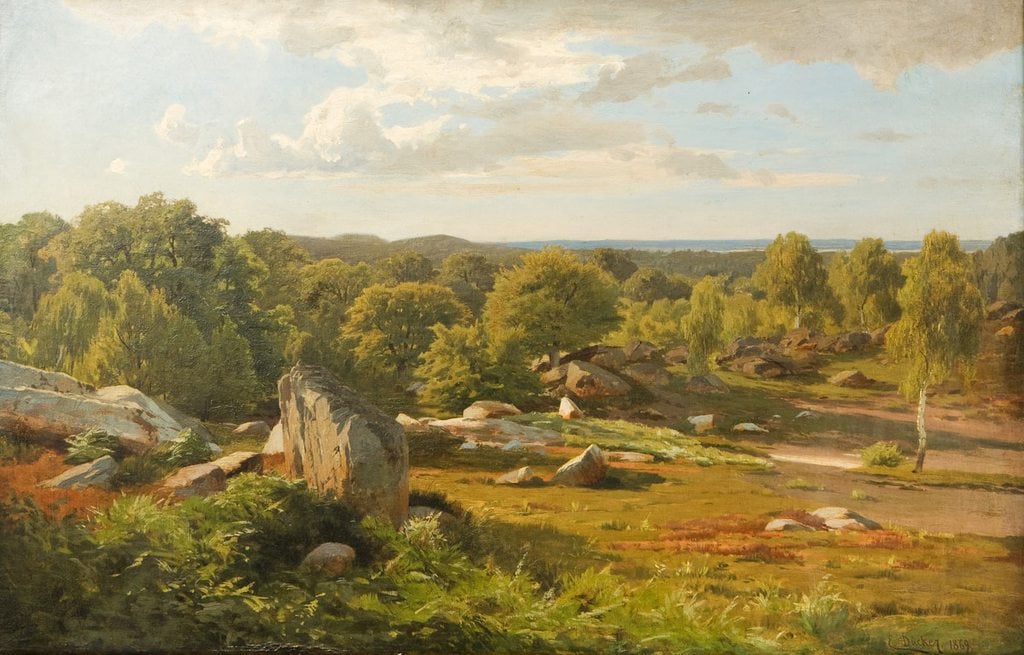