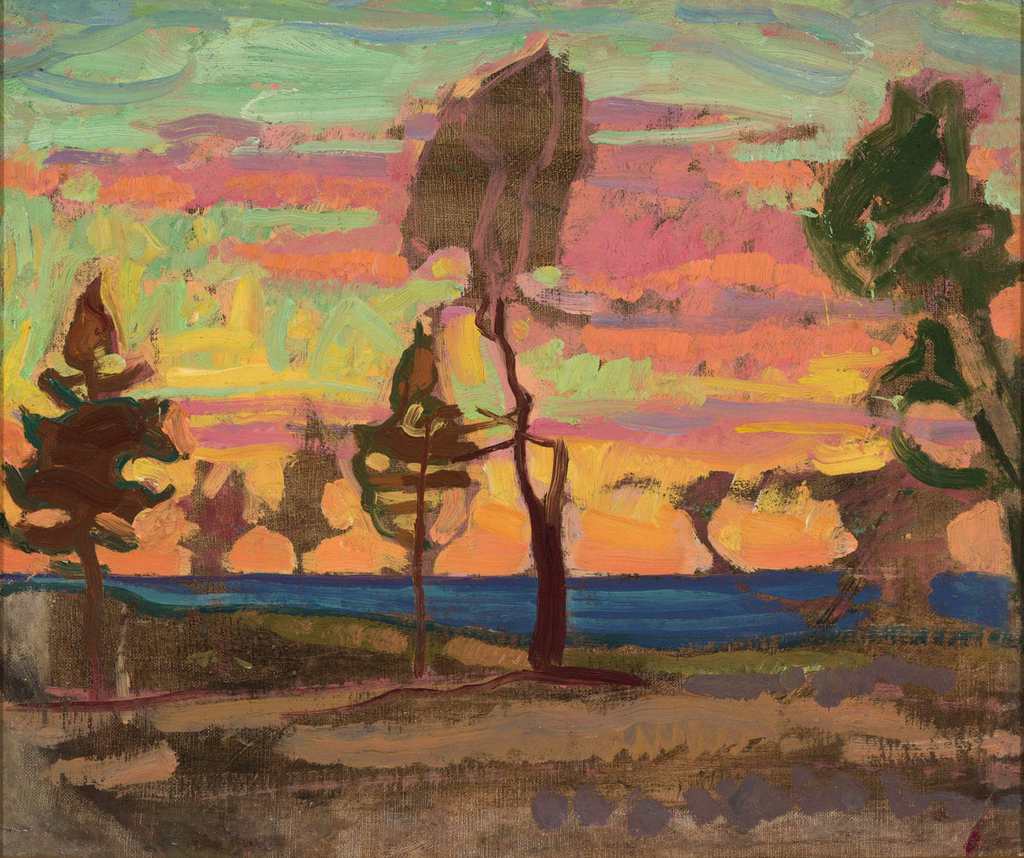 Although Finland was already an important point of support for Estonia at the start of the 20th century both culturally and politically, where very many people went into exile after the Revolution of 1905, Finland’s traces in Estonia’s older art history can be appraised more cautiously. Quite a few artists who arrived in Finland took practically no interest whatsoever in Finnish art or Finnish motifs (for instance Konrad Mägi). Nikolai Triik was apparently one of the artists of that time who was most closely connected to Finland. He visited Finland repeatedly. This painting as well was completed on one of Triik’s subsequent trips to Finland in 1914. He went there for a few months to visit his good friends Gustav and Aino Suits. There is information to the effect that he completed three oil paintings during that trip, in addition to this landscape also a portrait of Aino Suits and one more painting.

"The painter pursues a fermenting vision, accentuates the accented in languid position, he wants to achieve something summerly and airy…" wrote Gustav Suits about Triik's visit in the poem Elu muulased (Life's Strangers).

Triik has become very expressive in his choice of colours. In place of his previous laconic approach, he has filled the space of the painting with bold colours using sweeping, emotional brushstrokes. The blue strip of lake at the heart of the painting does not come across as being soothing, but rather as a dramatic contrast to the blazing red and orange tones of the sky above. The lower third of the painting is suppressed. The painting style that leaves the canvas bare here and there has created a brownish environment that helps to stress the dramatic nature of the colouring of the upper two thirds even more. Somewhat ghostly, semi-leafless trees, which have only a very faint connection to reality, cut into this in turn – these are more like black flashes in the middle of a Bacchanalia of colour. Triik has not been choosy in selecting his motif. There is nothing noteworthy or picturesque in and of itself in this view, yet perhaps precisely this was to the artist’s liking, providing him with urgently needed creative freedom without yoking him to the enchantment of some particular scene.