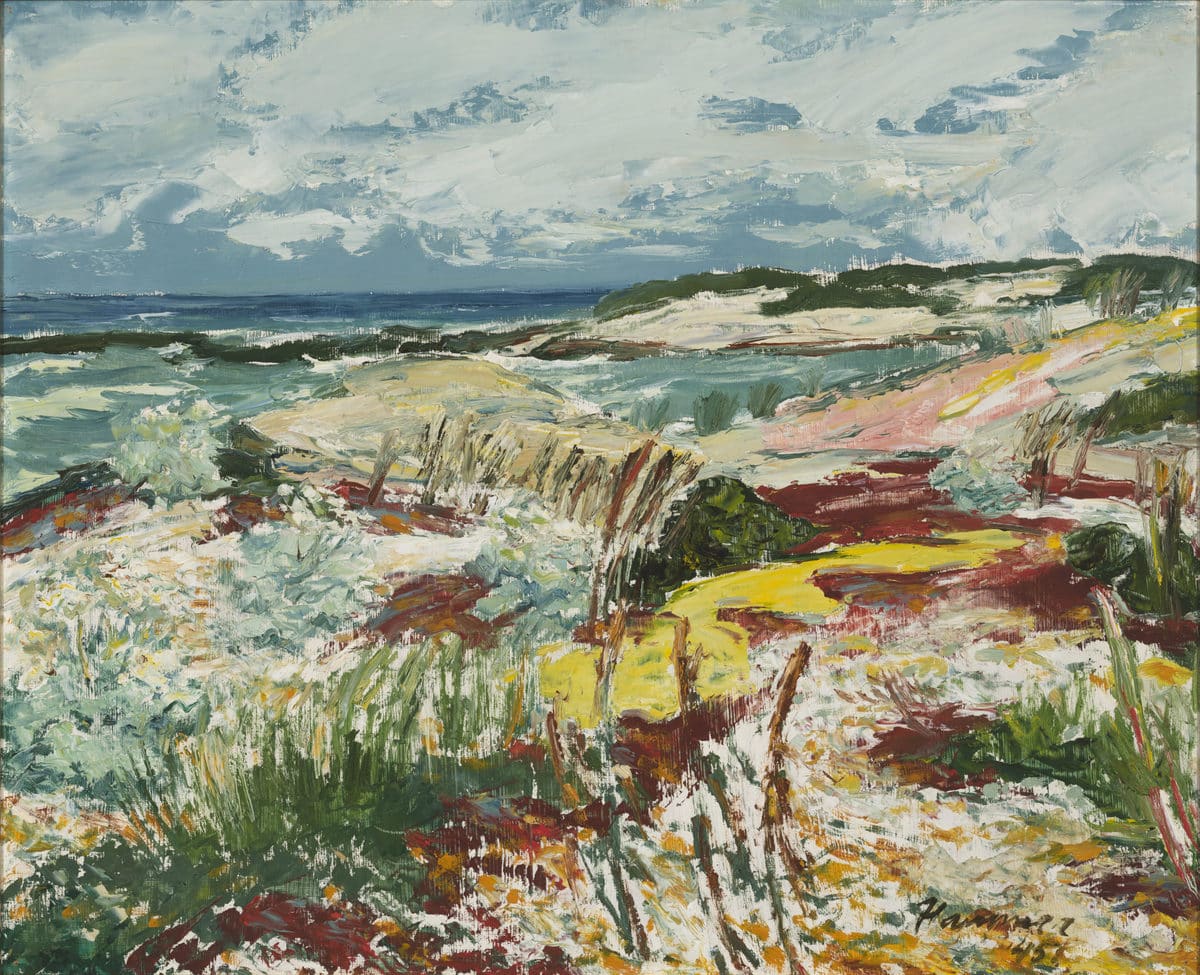 Vaika maastik [Vaika Landscape] is a life-affirming view of a tragic event. The Vaika islands beside Vilsandi Island were Eerik Haamer’s last stopover before escaping from Estonia in the autumn of 1944. About a year later when he was already living in Sweden as a refugee, he decided to return to this tragic experience, but instead of depicting the anguish of fleeing, Haamer appears to be remedying his despondence. This optimistic view of Vaika drenched in colours does not in any way betray to the viewer its prologue that is devastated by repressions. In preceding years, Haamer had created large-scale paintings with dramatic plotlines and more restrained, melancholy colouring that extraordinarily powerfully summed up the tragic atmosphere of the times. Yet here he has unexpectedly become free and improvisational. He prefers visual enjoyment over narrative. Colours are shared amiably and in abundance, and although this abundance originates from the scant yet richly colourful vegetation of the Vaika islands, the painting approaches abstractionism. The colouring of Haamer’s paintings becomes noticeably darker in subsequent years and energetically painted motifs are gradually replaced by altogether different ones.