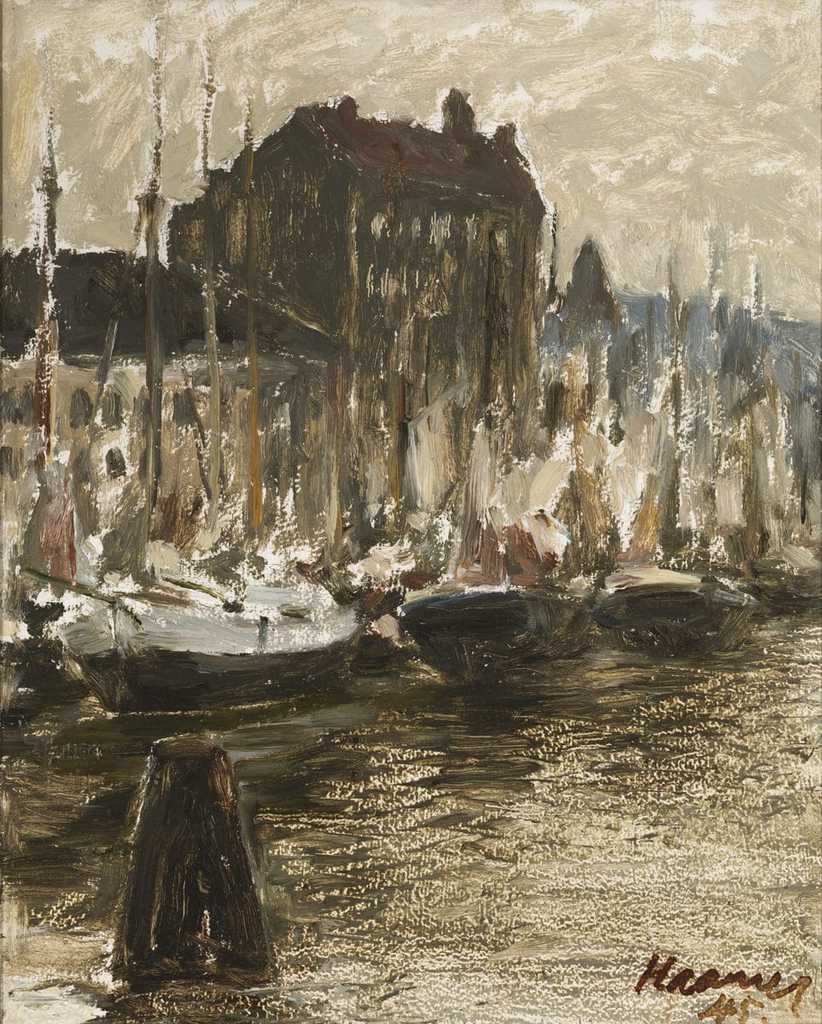 Harbour is one of the first works that Haamer completed in exile since he left Estonia in 1944. The colouring is characteristic of Haamer’s works from the 1940’s. This is a painting that probably was completed on the spot directly. Symbolic interpretations of departures, exile and other such aspects can also be seen in the harbour motif if one is so inclined. Haamer lived in Kungälv, a Swedish town located on the west coast directly on the seashore, until the end of his life. Yet first he moved with his family to Göteborg. It is possible that it is the Göteborg harbour that is depicted here.