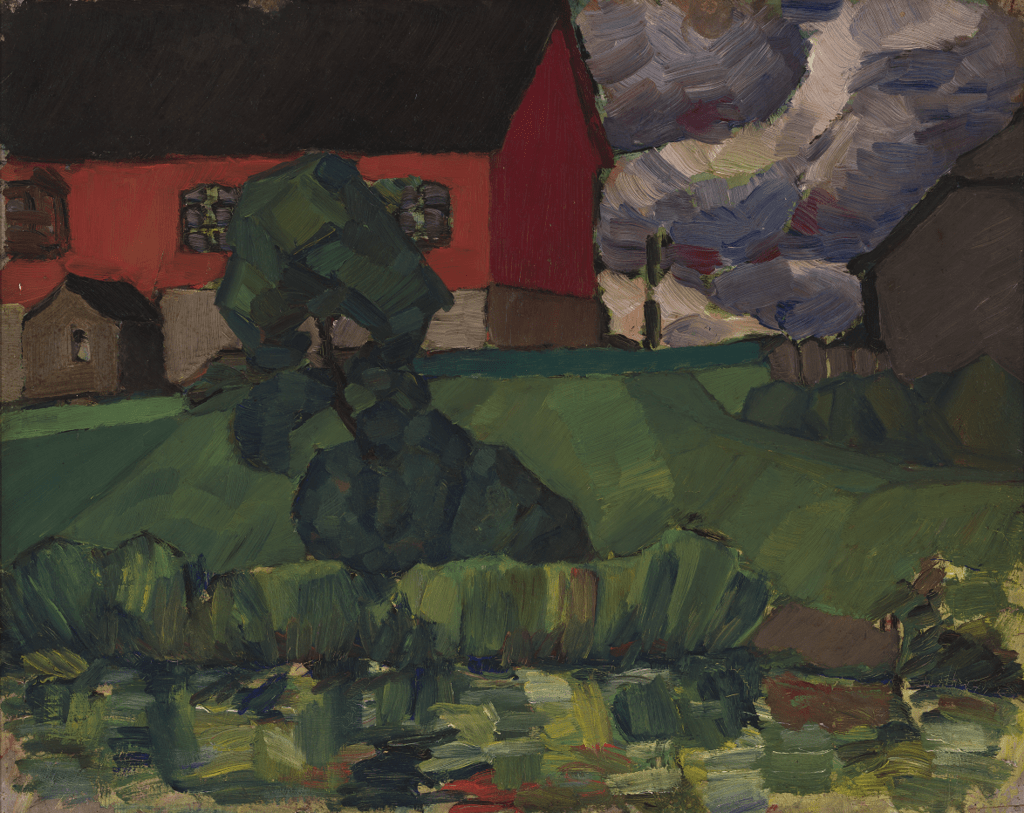 Jaan Vahtra is known first and foremost as a Cubist and geometrist, yet there is also Expressionism in his oeuvre, as well as traces of other approaches. Vahtra was born around twenty kilometres away from Räpina in the village of Mooste, yet at the age of 14, he started studying at the school in Räpina. He attended that school for three years and thereafter took a job as the assistant rural municipal clerk. In his memoirs, Vahtra recalls how – especially on Sundays – he loved to go on walks in Räpina and to get to know the village and its people. At one point after having initially started trying his hand at writing poetry, Vahtra felt attracted to figurative art. He left Räpina and thereafter Estonia as well, going to study first in Riga and thereafter in St. Petersburg.

This painting was completed at a time when the 35-year-old Vahtra was in St. Petersburg, where he actively participated in the political events of 1917, among other things also being among the crowd that attacked the Winter Palace. Yet in this exceedingly tense atmosphere, he had decided to paint a nostalgic little motif from his childhood. Vahtra was briefly in Estonia in the spring and summer of that year and painted this work while looking directly at the house for teaching confirmation lessons. Hence this is a synthesis of a motif from home and a reflection of a revolutionary atmosphere, to which the expressive, flaming red walls of the house for teaching confirmation lessons allude. The rest of the painting’s surface is also far from peaceful observation of the landscape: bold and angular brushstrokes give the painting a restless rhythm, which is amplified even further by the sky covered by dark purplish clouds.

This work was on display at the exhibition Jaan Vahtra and Cubism in Estonian Art at the Tartu Art Museum in 1972. The work belonged to Jaan Vahtra’s good friend Jaan Ainelo, who was Vahtra’s schoolmate.