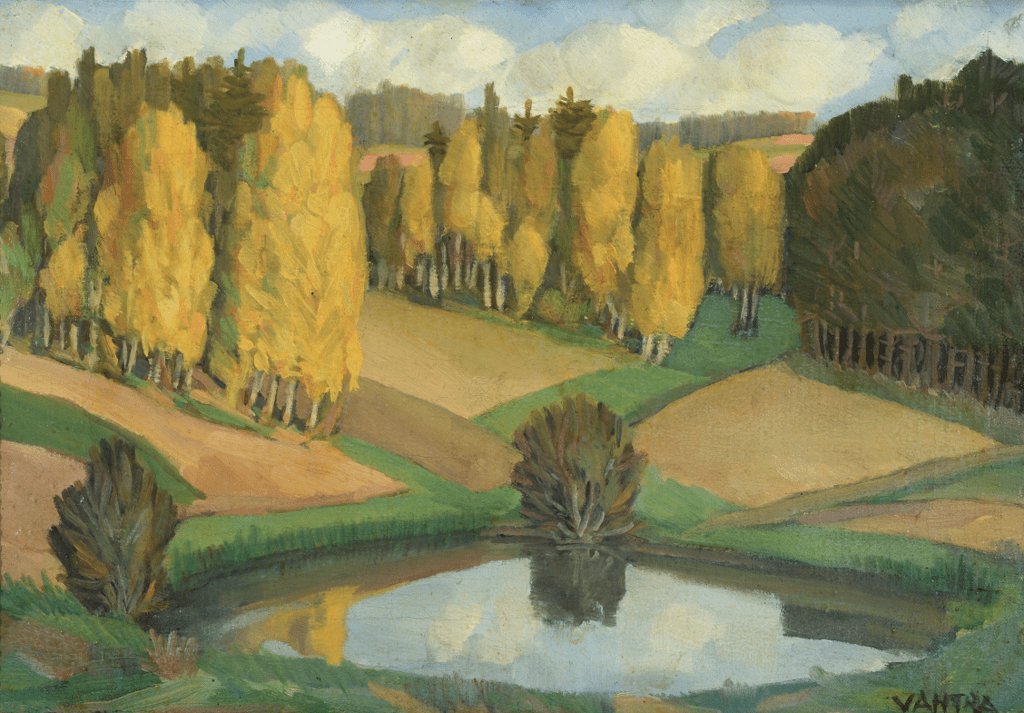 Kasaritsa, which is near Võru, was a most familiar place for Jaan Vahtra since he took a job as a schoolteacher in Võru in 1918. Yet two years before the completion of this painting, Vahtra went to work in Tartu and hence Autumn Motif of Kasaritsa also bears within it a certain tenderly nostalgic note. Similarly to Konrad Mägi and many other artists who have depicted Southern Estonian landscapes, Vahtra as well was charmed primarily by the forms of a landscape, yet since he worked in a Cubist style in that period, we see that he focused primarily on geometrical surfaces. Vahtra has divided the landscape up into quadrangular patches and placed them at the heart of the painting, yet the forms of the trees and the sky, and chiefly his great emphasis on colours, shift this painting quite far from geometrism. Here it is still rather the mood that is important, not the dissection of the landscape using forms.