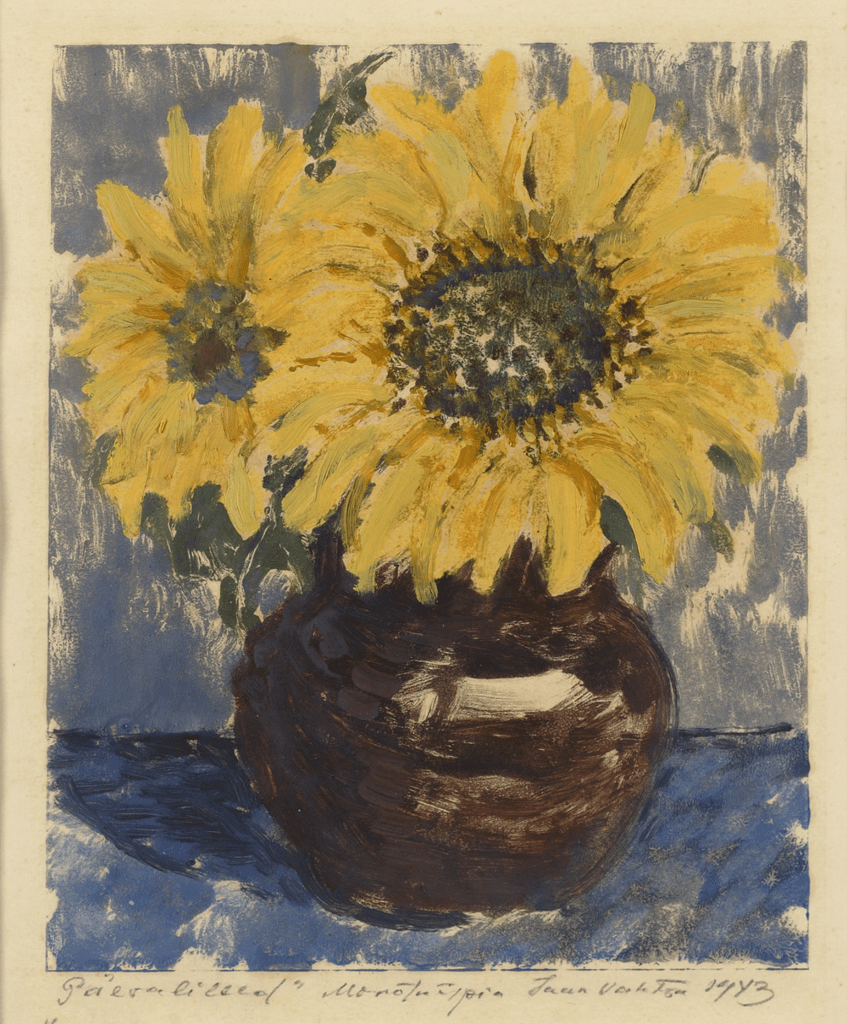 Although Jaan Vahtra had already made his first monotypes in the 1920s, he bought himself a printing press at the end of the 1930s and then started frequently making monotypes. He lived reclusively during the German occupation, circulating primarily in familiar places in Tartu, Võru, Põlva and the area around Taevaskoja. He painted several landscape views and also made monotypes in order to earn money. Sunflowers stresses the power of colours first and foremost: although the monotype technique fosters the blending of colouring and the overlapping of various tones, here Vahtra has worked with large surfaces of colour so that the result is striking and resplendent.