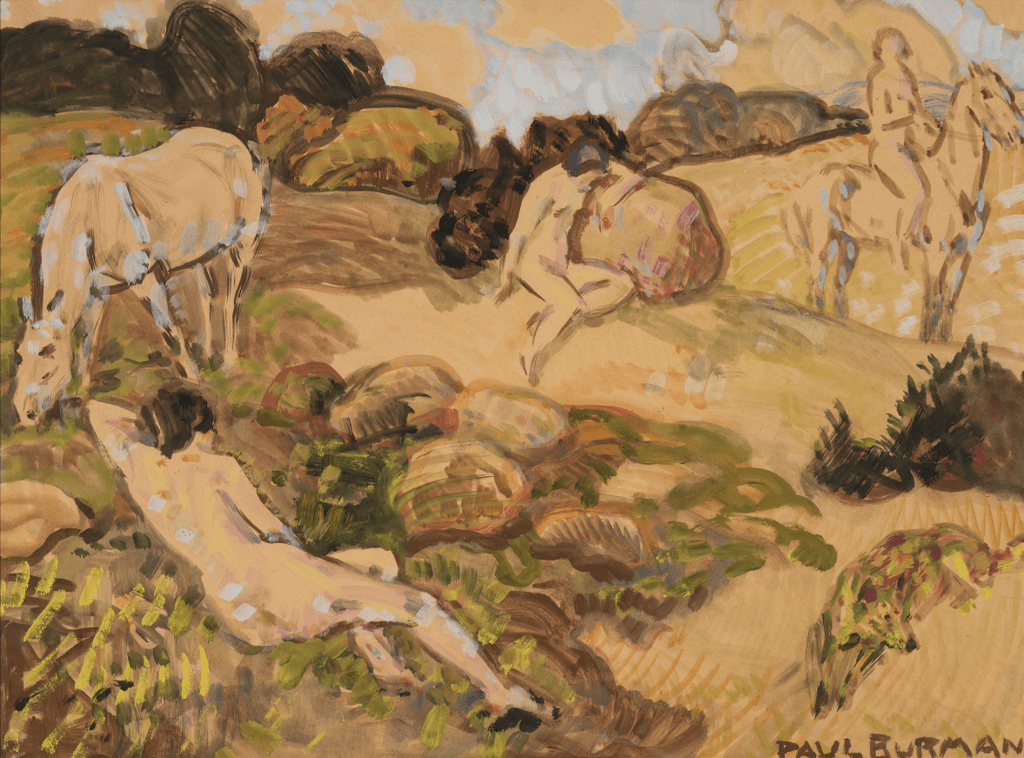 This decidedly large-scale work in the context of Paul Burman’s oeuvre once again places the mythical motifs of nudes and horses under the magnifying glass. Burman’s passion for depicting animals is well known. He even received a commission in his youth for a separate picture book of domestic animals intended for children. He is also considered to be one of Estonia’s most outstanding Impressionists. ‘If anybody of our artists is literally an Impressionist, then Paul Burman definitely is: if the conveyance of those momentary impressions that slide over people is seen in Impressionism,’ was already written about him in a catalogue in 1910. ‘This artist knows how to see and convey these impressions unconventionally. The artist’s moods robustly take effect, even though a misty veil inherent to Impressionism surrounds them. A particular gentle lightness prevails in his works that in a way is reminiscent of the circus-like airiness of French artists like Toulouse-Lautrec and Degas, they lack only the unabashed acuity of the former and the respectability of the latter.’

The cardboard as the painting’s base material, which Burman covered with a thin coat of gouache, gleams through, giving this painting its overall tone. His paintbrush has glided improvisationally, forming colourful little abstract nests here and there (see for instance the lower right-hand corner). Burman is not interested in realistic lifelikeness. White patches of paint can cover human bodies and nature. The sky and the landscape have acquired a uniform brownish tone, while rocks are colourful and tree groves are blackening.