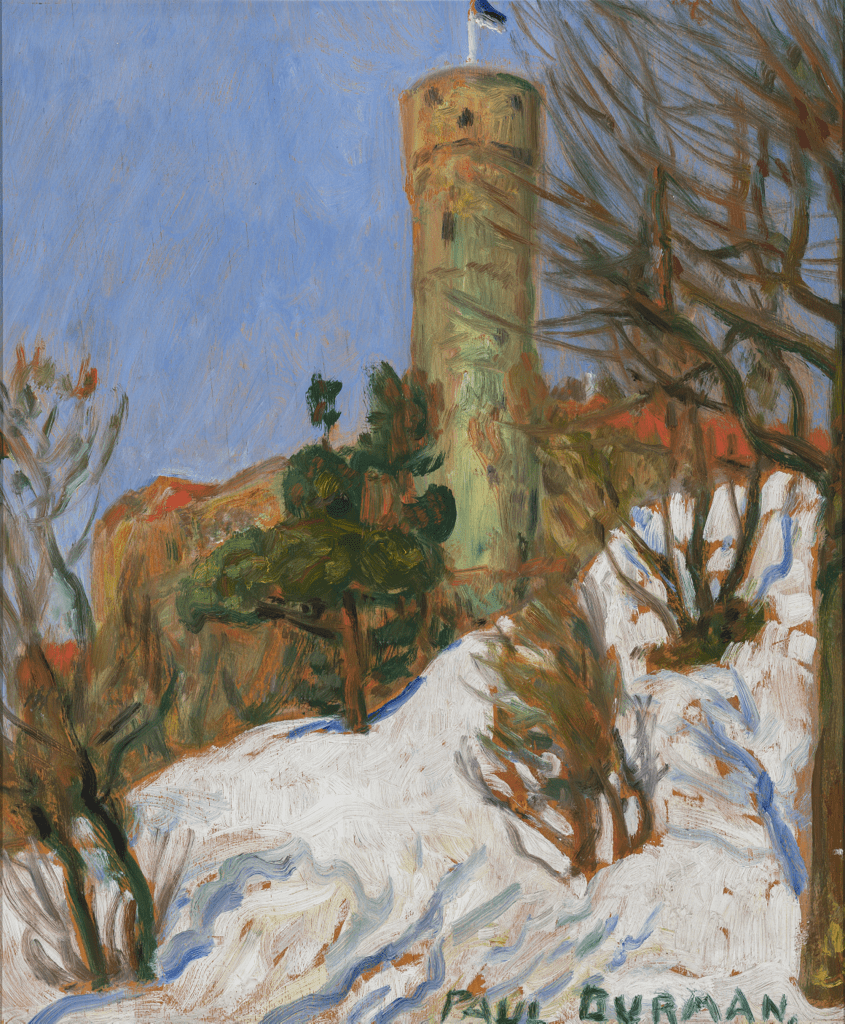 The hospital was already Paul Burman’s permanent abode at the time when this painting was completed, yet with the permission of the hospital’s chief physician, who was an art enthusiast, he was allowed to go on longer and shorter painting excursions to various parts of Tallinn. Painting Tall Hermann Tower was interesting for Burman first and foremost from its painterly point of departure: placing the stone fortress tower in the midst of a snowfield comes across as an attempt to visually balance two so vastly different types of material, stone and snow. Burman has been vigorous and expressive. Leafless trees and the bold tone of the sky add even more drama. Although the Estonian national blue, black and white tricolour can be seen waving at the tip of the tower, it is difficult to see nationalist feelings as the motive for this painting, all the more so since Burman, who was of Baltic German origin, allegedly did not speak Estonian.