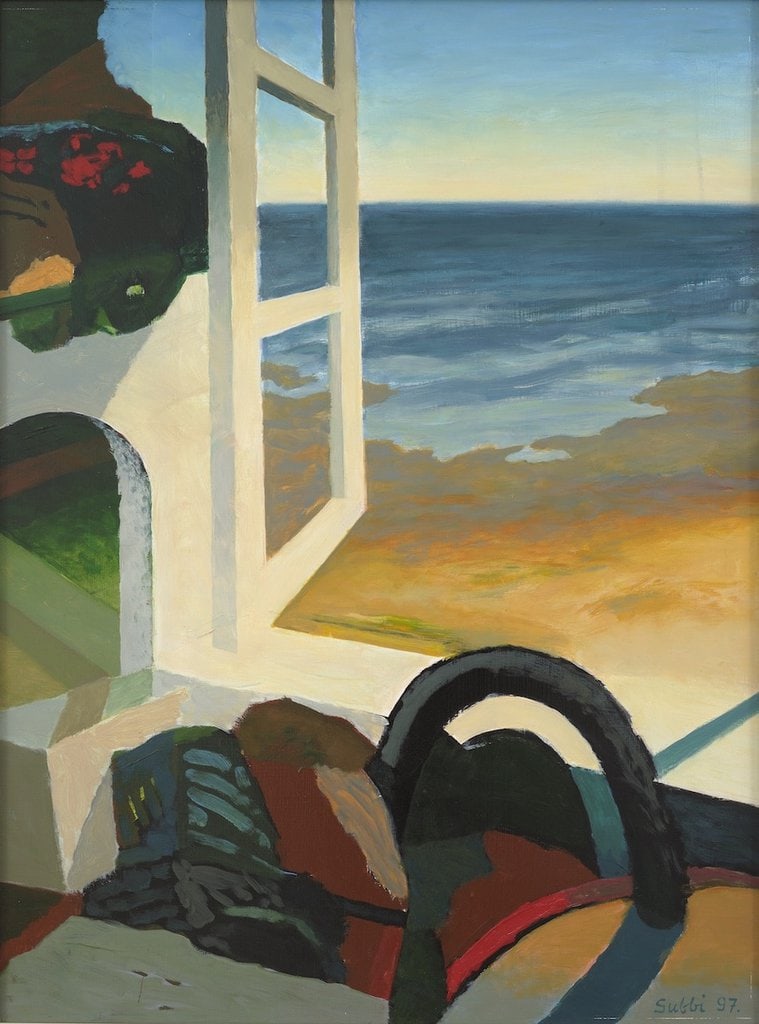 In Window, Subbi used the familiar motif of a window or an arch leading to an open space. In the artist’s early work, such an opening was usually to be found in the background and was relatively small compared to other motifs, but the view was always directed towards a bright, harmonious and ideal world. In this painting, the window is the focal point (supported by a small arch on the left) and the view in front of us is quite magnificent and realistic. According to Olev Subbi, he had attempted to paint exotic southern waters but ended up with the homey Baltic sea. The old-fashioned three-paned window seems to be another motif from Subbi’s childhood. The abstract colour palette reflects the artist’s interest in using colours so that they do not refer to anything besides themselves. By the 1990s, Subbi’s abstract compositions often included certain repeated elements, for instance forms that look like bent pipes.