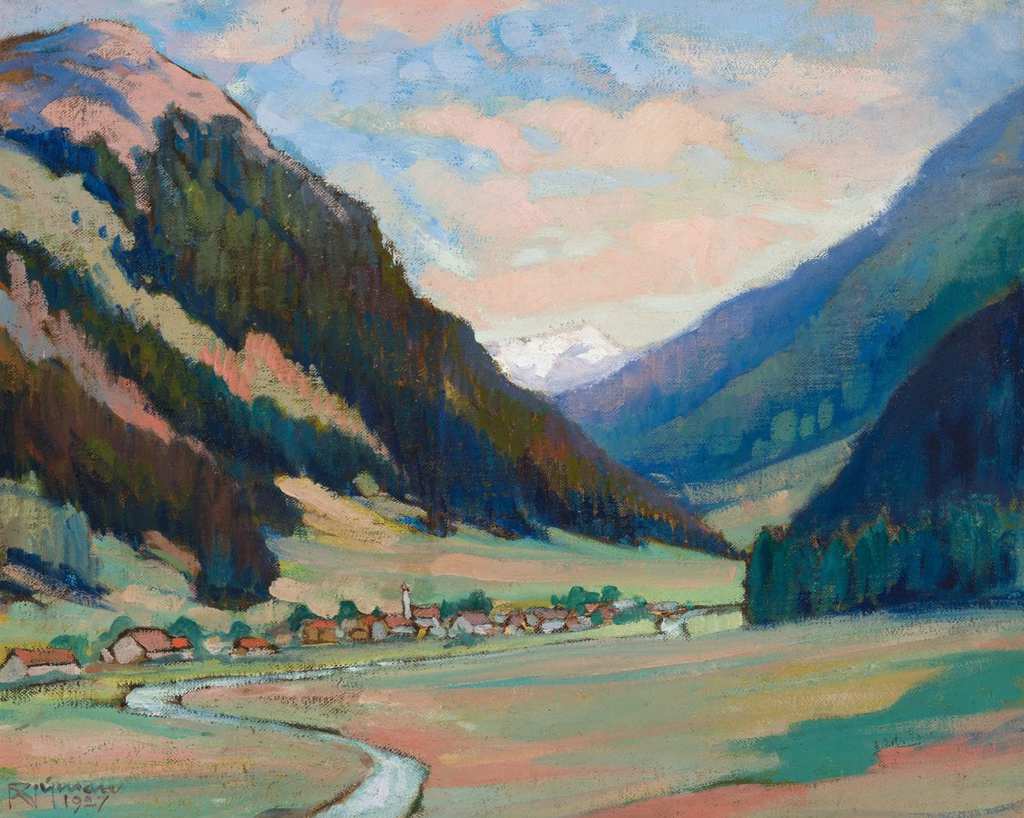 Roman Nyman travelled a great deal during his life: he went to study in St. Petersburg at the age of 19 and with the support of a scholarship he received for earning good grades in his studies, he travelled a few years later via Berlin to Paris, back to Berlin from there and on to Italy, from where he went back to Paris again. Yet that was just the beginning. In the coming years, shorter and longer trips were to take him to Norway, Paris, London, Munich, Italy, the Vatican, St. Petersburg, back to Italy, Berlin, Spain…Even though Nyman’s trips abroad became less frequent in the latter half of the 1920’s, he participated in an important art exhibition in 1927 with six Tyrolean (Austria) views. Since he was by then a well-known theatre backdrop artist already (for instance, he created the stage design for the Estonia Theatre’s opening stage production of Hamlet), Nyman also built this view of the landscape up like a stage backdrop with two wings on the sides.