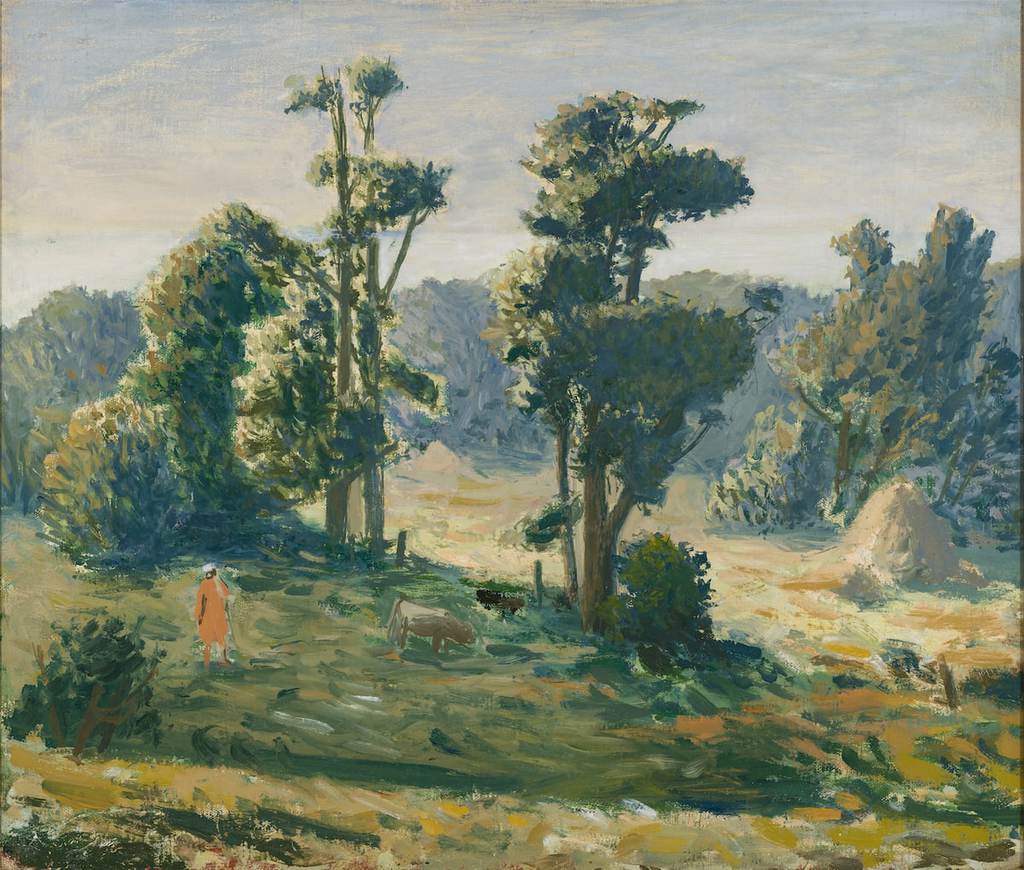 This is evidently one of the last paintings that Lepo Mikko painted in his ‘former’ style. After the war, socialist realistic requirements were established quite quickly, and the kind of style of this painting – improvisational brushing style, slightly abstracted forms, pastoral topics where man is not the main character, etc. – became impossible. Mikko’s style also changed, but in this painting completed in that post-war summer, he is still a continuator of the painting canon of the 1930s. The emptiness of the landscape nevertheless stands out: man and animal are reduced to colour nuances, nothing more, and nature around them is painted as something so powerful that it makes them even less important. It is possible that we see the land becoming deserted after the war, yet the exuberance of nature and the summery abundance of light does not allow the scene to become tragic, but instead makes it oddly melancholy.