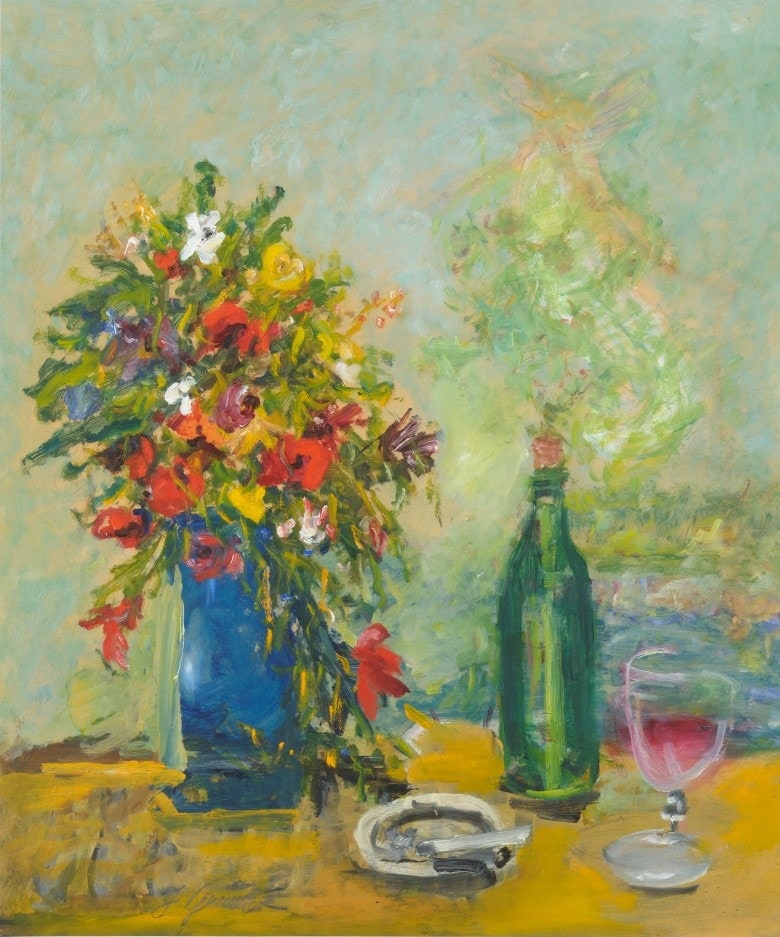 Jaan Grünberg was 46 years old at the time that he completed this painting. A couple of years prior to this he had returned from Paris, where he had spent seven years, and in the preceding year he had finished what proved to be a brief career as an assistant lecturer at the Pallas Art School, which was Estonia’s best known art school (one of his students has recalled that “Grünberg was not actually the teaching type, even though he had more technical experience than others”.) Two years after this work was completed, Grünberg moved back to Paris, where he remained until the Second World War broke out.

His creative work quickly attracted attention in Estonia, even though he had been abroad for a long time. Grünberg is said to have been popular in Parisian galleries, where his works were sold notably frequently. Thus Grünberg wrote in his autobiography that most of the works he completed during the period he spent in Paris are in private collections there. His sharp perception of colour and the strong influences of French art attracted particular attention.

The high point of his creative work was the 1930’s, since in 1942 already his eyesight deteriorated due to paralysis. The works completed after he went into exile abroad were no longer at the same artistic level as before the Second World War.