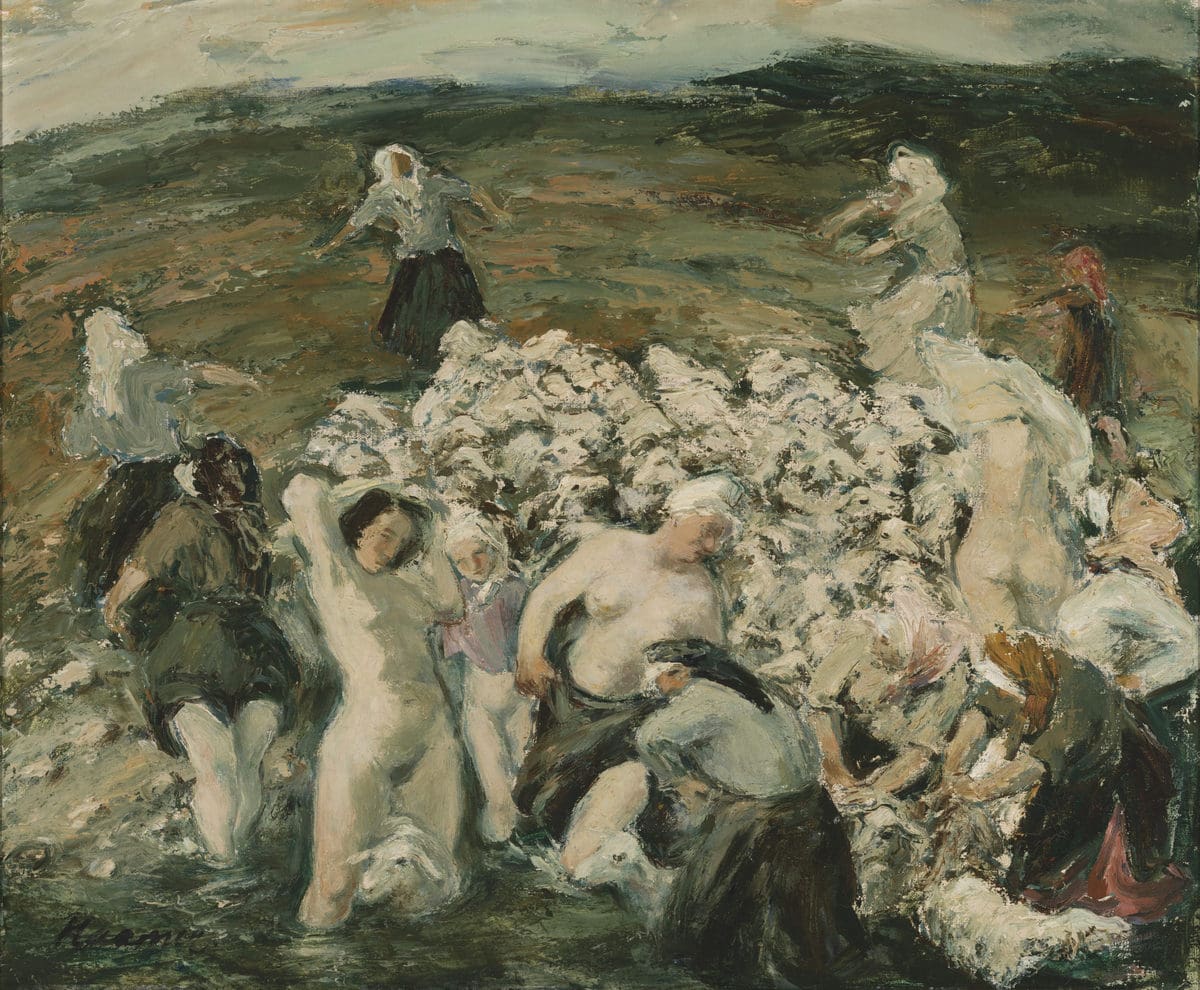 Art life did not come to a halt in Estonia during the Second World War. Exhibitions were held and even competitions were organised. Eerik Haamer painted this design for one of the bigger competitions. Haamer creates a work where the real mixes in with the mythological, on the subject of impressions he apparently gathered on the island of Ruhnu. We see sheep washers who try to rinse sheep clean in seawater, yet a few nude women assume sculptural poses in the midst of the washers and the sheep. Their presence in all this commotion comes across as being unworldly, as if they were mythological beings who accompany the everyday activities of people. Additionally, a half-naked little girl is squeezed in between them all. Haamer has painted her in some other paintings from that time as well. Her helplessness and vulnerability affect the viewer all the more since Haamer has decided to make the whole scene whirl like an unstoppable centrifuge. This is not a peaceful narrative of everyday conditions, but rather a world that races onward wildly. The herd of sheep that has been brought over is kept together in a dense mass. Women with their arms stretched out are around them trying to keep them from getting away. The whole landscape is painted using long, parallel brushstrokes following the curvatures of the land, creating an optical illusion as if the whole scene is whirling. Haamer’s decision to replace many of the faces with a quick, thick patch of colour adds even more momentum. Since Haamer painted numerous works with tragic storylines at that same time, which appeared to sum up society’s emotional state of mind, we can perhaps assume something similar here as well: the world spinning, people helplessly spreading out their hands trying to stop it, and mythological beings, who have arrived here with a nebulous yet perhaps promising aim.