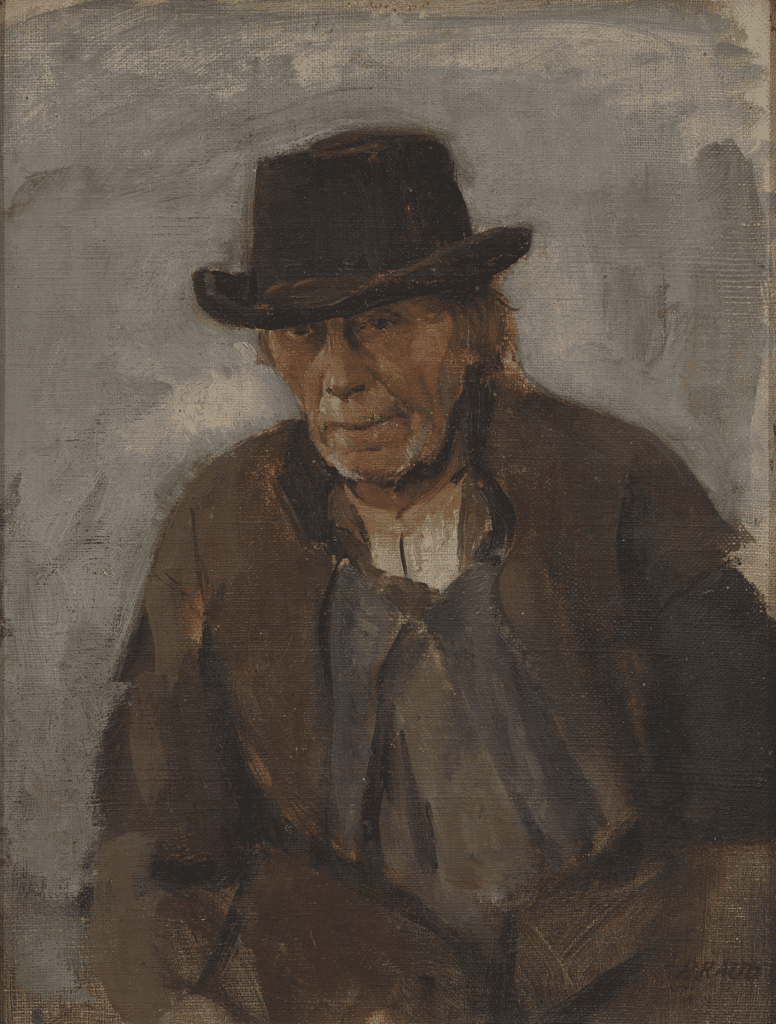 Paul Raud did quite a great deal of work as a painter of commissioned portraits, yet in this case it is difficult to assume that this work was commissioned. It is evidently one of Raud’s many depictions of farm folk, which stand out due to their seriousness, quietness, and melancholy. Instead of imposing stately dignity, Raud in interested in psychology, differing in this way from Ants Laikmaa’s portraits of farmers, which adopted a clearly political stance. As a rule, colour is scant in these portraits by Raud. Effects or contrasts are not sought anywhere, instead there is blending and restrained transitions.

It is possible that this is a hitherto unknown preliminary study for the composition Meil aiaäärne tänavas [Along the Fence on our Street], which Raud started working on in 1905 but never finished and which was intended to be based on the poetess Lydia Koidula’s (1843–1886) poem in depicting feelings borne by warm memories of childhood. At least another three portrait studies of old men are known that were painted for this composition, whereas the model depicted in one of them (Talutaat (vaibaga) [Old Farmer (with a Rug)], Art Museum of Estonia) strikingly resembles the main character of this work.