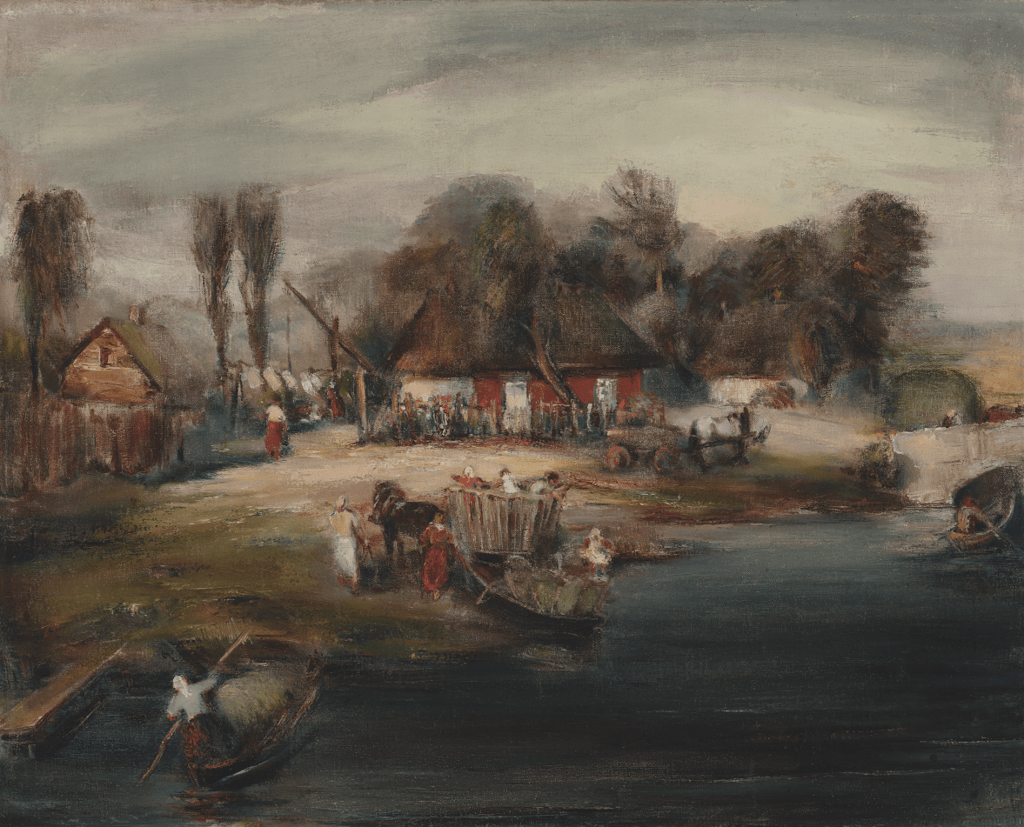 This is one of Eerik Haamer’s earliest paintings and it evidently bears within it Kaarel Liimand’s examples: colours gently blending into one another, transitions marked coveringly, not sharply. It is precisely the year 1936 that is considered ground-breaking in Haamer’s oeuvre, since under the influence of his trip to Ruhnu Island, he discovered for himself the depiction in an epic way of the sense of man and nature belonging together. Haamer’s painting formats now became larger and in them we see the attempt to not merely convey living conditions in a way that is faithful to detail, but rather the aspiration to create a panoramic picture of existence.

Hay Haulers joins together the sea, the land, and people at a narrative level, yet it is even more fascinating to observe the metamorphoses in colouring. The picture’s lower right-hand corner is dark and deep. The people who emerge from there have turned their backs towards us and are heading somewhere. Then the colouring turns brighter and people, buildings, animals and nature in the picture’s lighted centre melt into one. When we lift our gaze to the sky, we notice the same kind of generalising treatment there as in the case of the water surface, yet its brightness is in contrasting opposition to the picture’s lower part.