Flowers at a Window 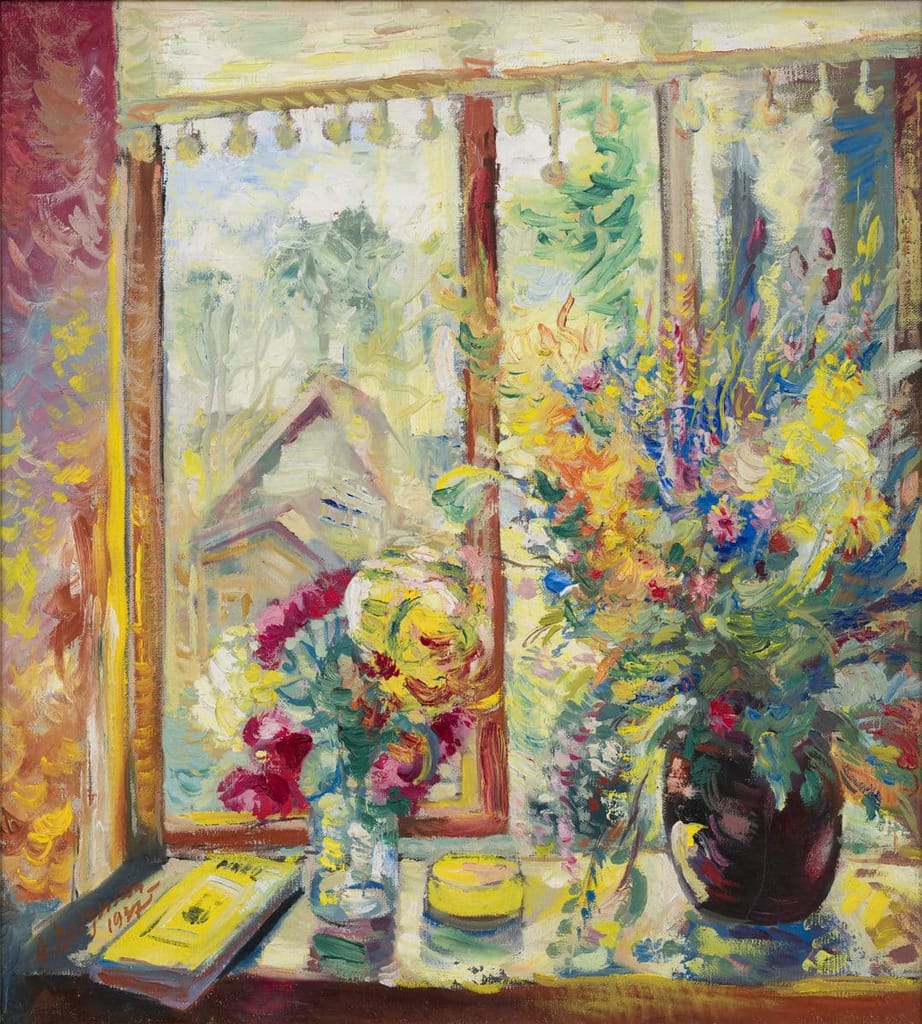 Still-life is a genre that is also widespread in Estonian art. As a sub-category of still-life, it was popular in the 1930’s to depict flowers on windowsills. For instance, Adamson-Eric had several works depicting a flower vase at his studio window, but Kristjan Teder and many others also created similar works. Aleksander Vardi’s work seeks colours first and foremost. He preferred to study the relationships between different colours over interest in botany or interiors. The scene was more of a pretext than an objective for him. Vardi’s creative work from the latter half of the 1930’s is highly valued – in the opinion of many, this was his strongest period when he achieved notable results by working on the basis of impressionism.