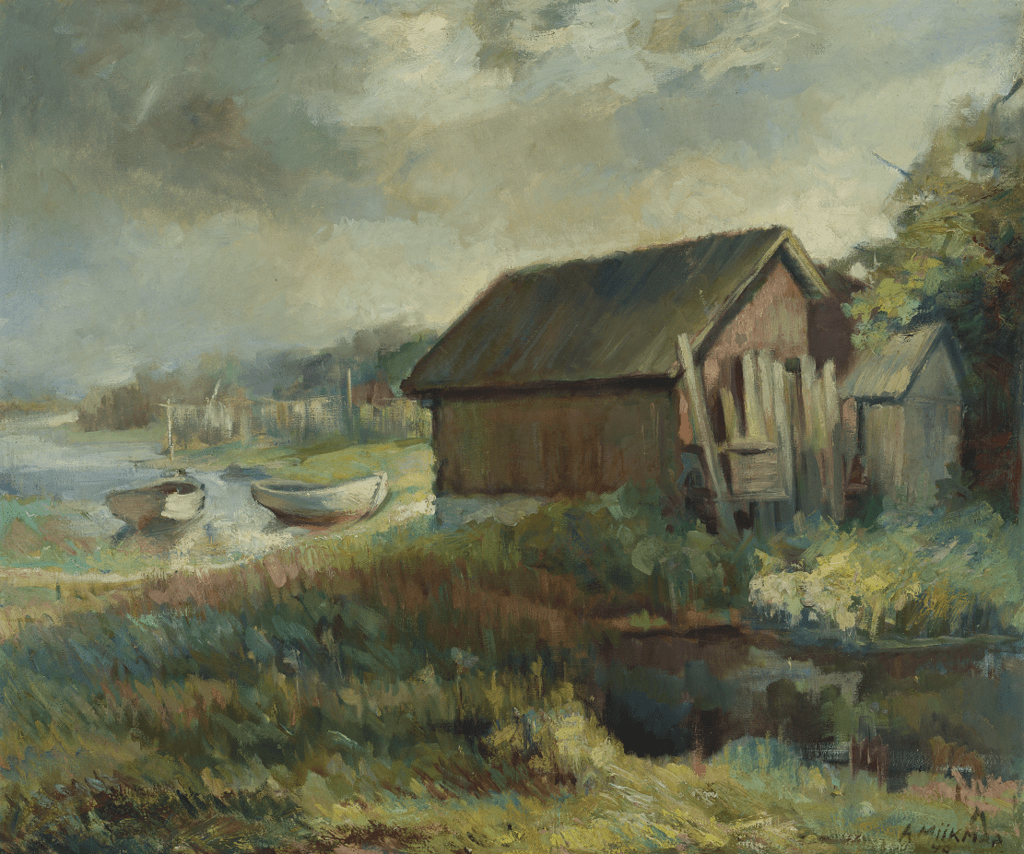 The Hiiumaa islander Aarne Miikmaa’s childhood was difficult. The death of his father meant that his family, which had already lived frugally, became impoverished. Miikmaa’s teacher at school in Kärdla noticed the boy’s great interest in art and introduced him to Ants Laikmaa, who took Miikmaa on as his student and allegedly as his dependent as well. At the age of 14, Miikmaa started studying at Laikmaa’s studio school in Tallinn. Miikmaa is said to have been Laikmaa’s favourite student. He was nicknamed ‘Laikmaa’s stepson’. Miikmaa already started participating in exhibitions at the age of 18 and he was also noticed right away. His gentle colours were especially highlighted. Miikmaa later went to study at the Pallas Art School as well, participated in exhibitions, and attracted attention, yet coming down with tuberculosis prematurely cut short his life and career as an artist.

Fishing Shed in Kärdla was completed only a couple of years before his death. It depicts a simple everyday motif, which evidently was as familiar to Miikmaa as the door of a streetcar is to Tallinners or the castle ruins are to inhabitants of Viljandi, in a somewhat dream-like way and in a pastel style. Miikmaa has blended colours into one tonality. First and foremost, this painting is not about its motif, but rather its colours, which admittedly are not particularly bright, but are harmonious and create a melancholic atmosphere.