Figures at a Table 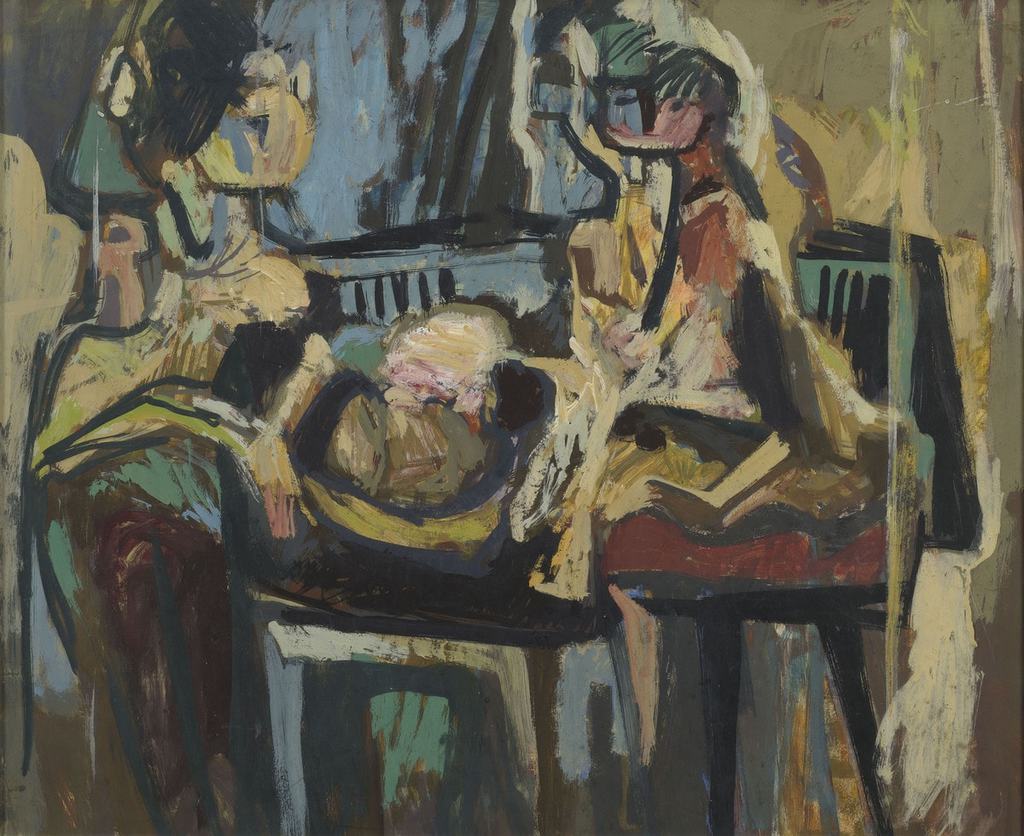 Kits frequently depicted people in different activities. Here his tendency towards lyricism is striking – Kits liked to paint people playing the violin, dancing ballet, making music, painting paintings, etc. At the same time, Kits was not afraid to veer towards the grotesque to show man’s more depraved side, a tendency betrayed by the titles of works such as Conversations between Idiots or Monstrous Face.

Kits has depicted figures at a table on other occasions as well, admittedly under different names (for instance, Women at a Table). This can be considered an elaboration of the French-style pallasesque café motif where people seated at a table converse, thereby expressing a certain urban elegance. The mood in Kits’s painting, however, comes across as being altogether gloomier and more distorted, of course. People really are no longer people but merely figures – the outer shells of people. The rhythm of colours here is also considerably more agitated. Neither the black contour around the figure on the left nor the bench behind two figures, which should hold the composition together better, can bring order to the colour rhythm. Kits has apparently conveyed the anxieties of the era or his own internal tensions without losing sight of the quality of the work of art for even a moment.