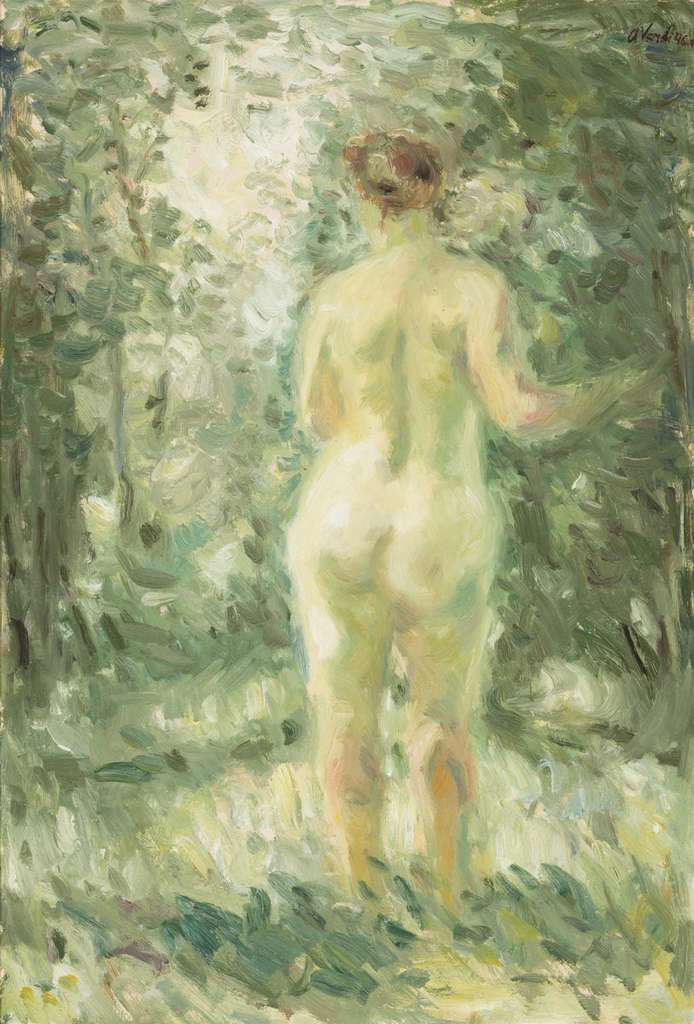 By 1946, Aleksander Vardi’s creative career had lasted for 20 years and he had gone through several changes in his style. He had attracted widespread attention. Critics related positively to him. At the end of the Second World War, however, his style became more serious. Shortly, removal from artistic life and more active painting for political reasons began that was to last about sixty years.

Stylistically speaking, Vardi has been considered one of the most consistent and thorough impressionists in Estonian art. The most distinctive feature of his paintings was the three primary colours from which he derived all the rest of the colours. By virtue of this, his paintings were full of light and air. He also conveyed experiences and impressions of nature through colours, for which reason he was called both a poet and a romantic. The colours he used turned darker and more sombre in the 1940’s, which is connected with wartime. Prior to 1946, Vardi had withdrawn for a long time from artistic life. He did not participate in a single exhibition, yet at the same time, he worked energetically and planned a large solo exhibition. A fire that destroyed Vardi’s studio together with the paintings in it scuttled that plan, and thus few of his works from the 1940’s have survived.

Where is she looking? What is that luminous patch of light, that little hole filled with light in the middle of the brushwood? Does she want to leave the surface of the painting? But why? Having blended in to such an extent with her surroundings, why should she want to get away from here? Yet why is she blended in? Why has the artist painted the human body in more or less the same kind of light greenish colouring as the natural setting surrounding the body? Why such an aspiration towards total harmony in 1946, an era of crises and catastrophes? Why such an Eden-like motif, a naked person in the midst of nature without feeling shame and anguish? Why lavish such intense attention on green, different shades of green? Is it an attempt to liberate the colour from what is being depicted or on the contrary, to stress the nature of what is being depicted even more – the fact that green, not some other colour, but namely just that green colour in particular defines nature? And why a person? For what did Vardi need a person? Why didn’t he just stick with a view of a natural setting, ordinary brushwood, greenery? What should the person here symbolise, mean, depict? Humankind? Eroticism? Defencelessness? Or is she here only for the sake of colouring, a luminous body filled with light in the midst of a painting surface drowned in greenery? And still – where is she looking?