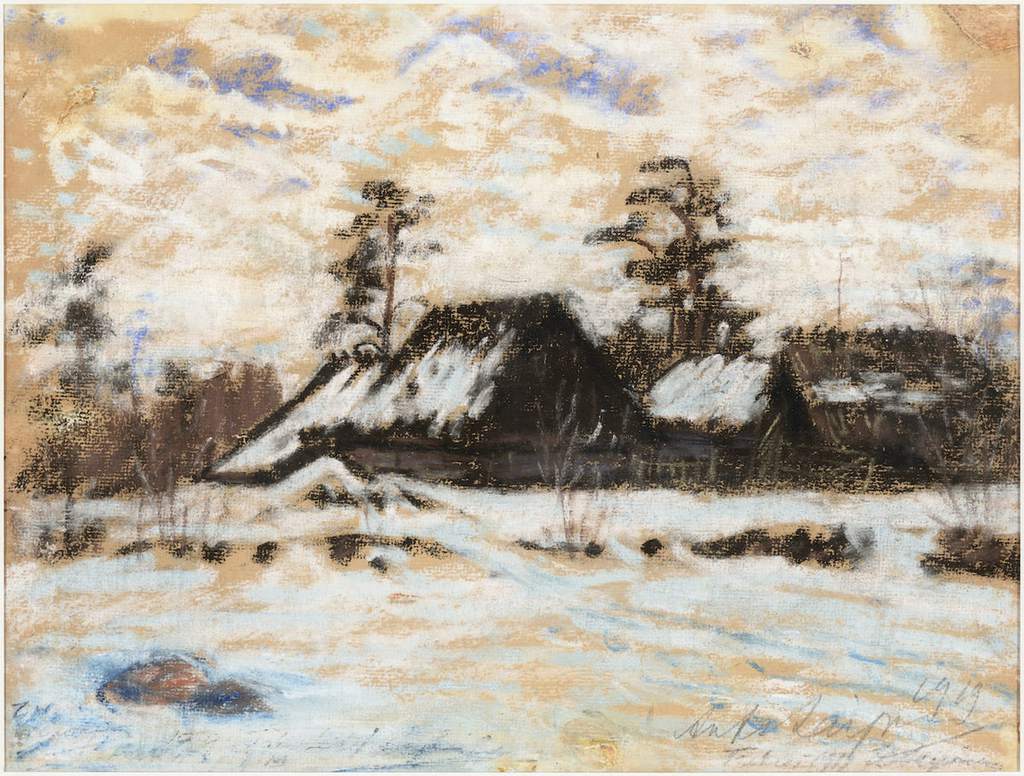 The year 1919 was pivotal for Laikmaa – he was one of those older generation artists who was spurned in that year by younger critics and who thereafter cut himself off to a great degree from the art world. Depicting his home neighbourhood of Taebla may for this reason be a symbolic return to the place that had faithfully waited for Laikmaa and where he felt secure. Clinging to the depiction of home became characteristic for Laikmaa. Time and again he returned to bent combination barn-farmhouses gathered together in a dense cluster to construct the visual form of ‘home’ for the viewers as well. Laikmaa’s pastel technique merits separate attention: by using the colour white in this work and working sparingly, he has succeeded in creating a snowy landscape and clouds of snow.