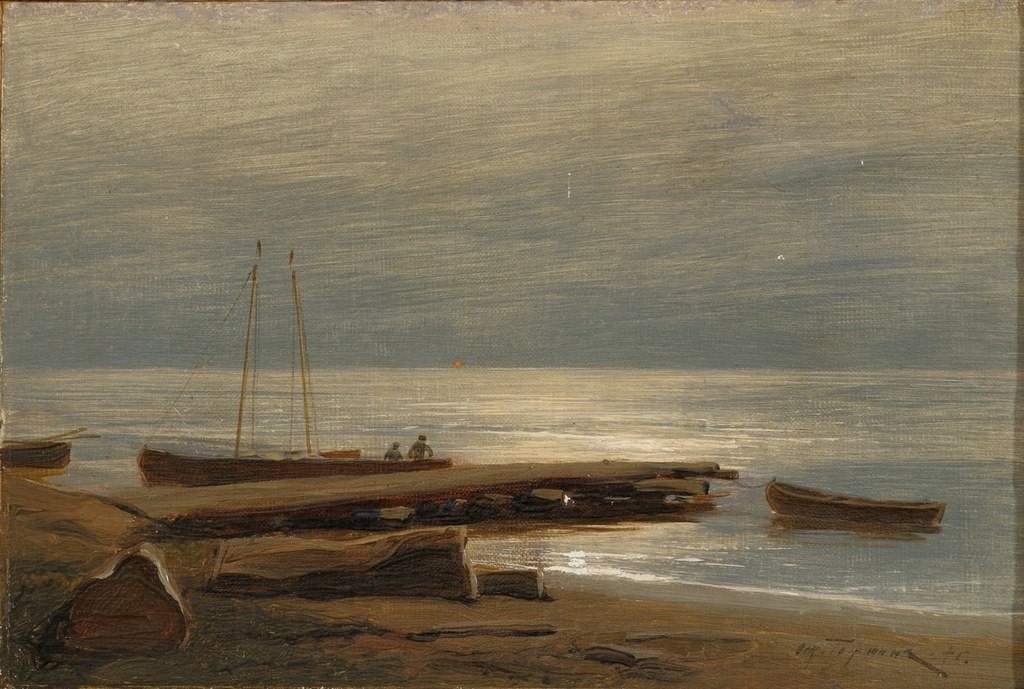 Hoffmann continued to vacation in is homeland even when he lived in St. Petersburg, sometimes spending several months consecutively in Estonia. He travelled a great deal and photographed the landscapes he saw, painting his compositions not in plein air – in the open air – but rather later in his studio and on the basis of photographs. Kristjan Raud wrote thus to Karl Eduard Sööt in 1915: “If I am not mistaken, Sah. [Reinhold Sachker – a photographer] was a close acquaintance of Hoffmann, who apparently went to him often to acquire photographs of typical scenes of Estonian life from him in order to use them for his paintings.” Hoffmann spent his time most often on the coast of Northern Estonia during his visits.