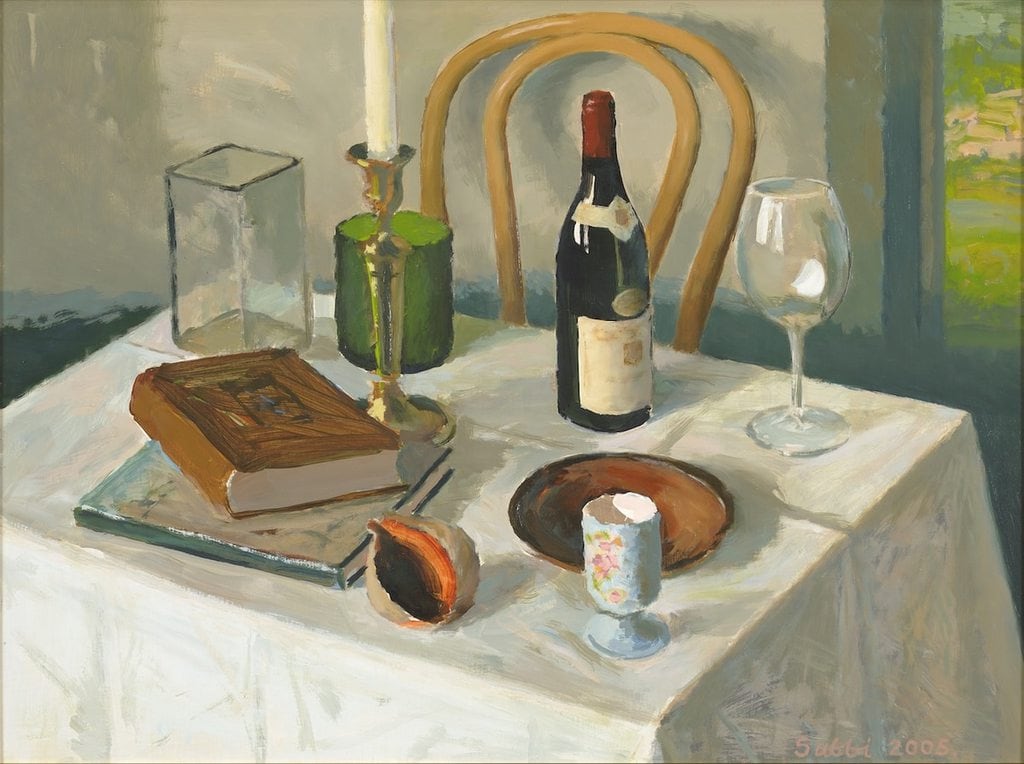 The title of the painting refers to the bottle of wine on the table, which Subbi as a wine lover highly appreciated. Other objects in the painting are just as important to him. The two books lying on the table are Evi Pihlak’s monograph on the artist Konrad Mägi, and Voldemar Vaga’s book on general art history. Mägi was Subbi’s idol. Subbi admired Mägi’s use of colour and said that he would never paint in Mägi’s style because the latter had done it with such perfection that reaching the same level was simply not possible. Vaga’s tome could allude to Subbi’s love for France and French art, as Vaga liked to stress the impact that Impressionism had had on the development of painting, which Subbi also considered important.  We also notice the familiar backrest of the Thonet chair at the table and the old-fashioned candle holder, which refer to past times. All this makes the painting resemble the works of another Estonian artist, Olav Maran, as everything in it refers to something from the past, not from the present.