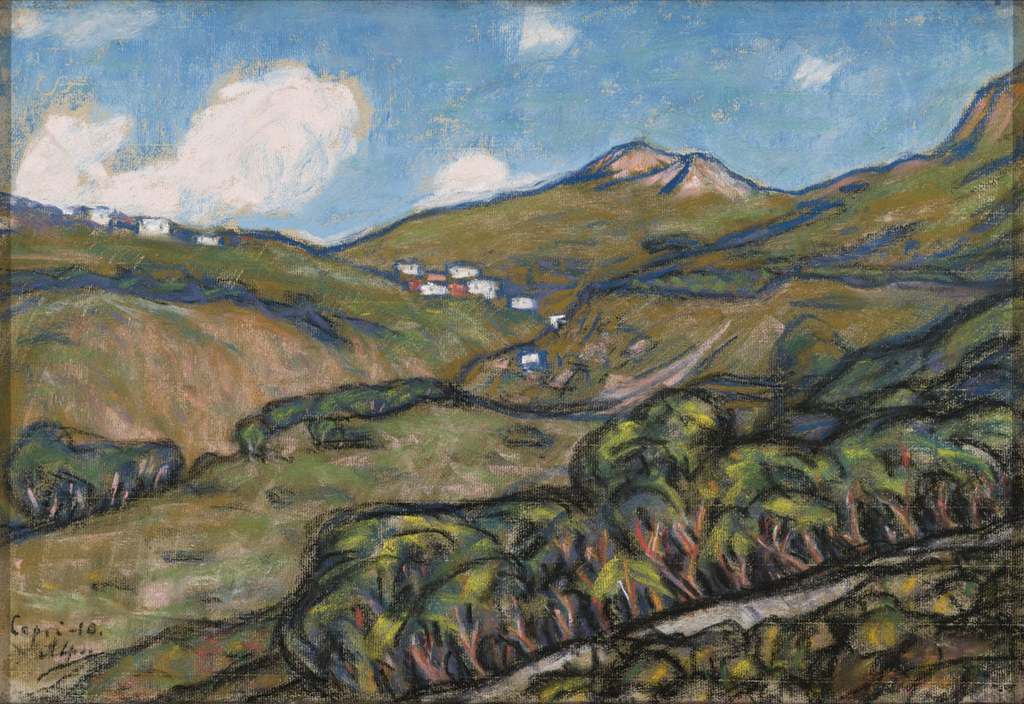 Ants Laikmaa was sent away from his homeland into exile in 1907 because of his political activity and while he first stopped in Finland and St. Petersburg, in 1909 he travelled to Western Europe, arriving in Rome, Italy in 1910. His yearning for Italy and interest in the Renaissance presumably influenced him to make just that choice of destination. He proceeded to the island of Capri in 1910, where he had planned to stay for a couple of days but where he stayed for a whole year.

Laikmaa completed around a hundred works at Capri, which is a quarter of his known body of work. Several of his earlier works had been destroyed by fire and he sold a large portion of the works painted at Capri while he was still abroad. Many consider this to be Laikmaa’s best period.

Shortly after he first arrived on Capri, Laikmaa wrote to a friend: “Likeable place, dear people, life is cheap and beautiful and peaceful. Many subjects for paintings.” He was elated by the awesome natural settings and exotic beauty of the island. “Yes, Capri, that island for artists, it has far exceeded everything beautiful that I could have imagined!” he wrote. “Nature can never be sucked dry of beauty anywhere. It opens ever new garners, depths and secrets the longer you remain near it and look, foray into it.”