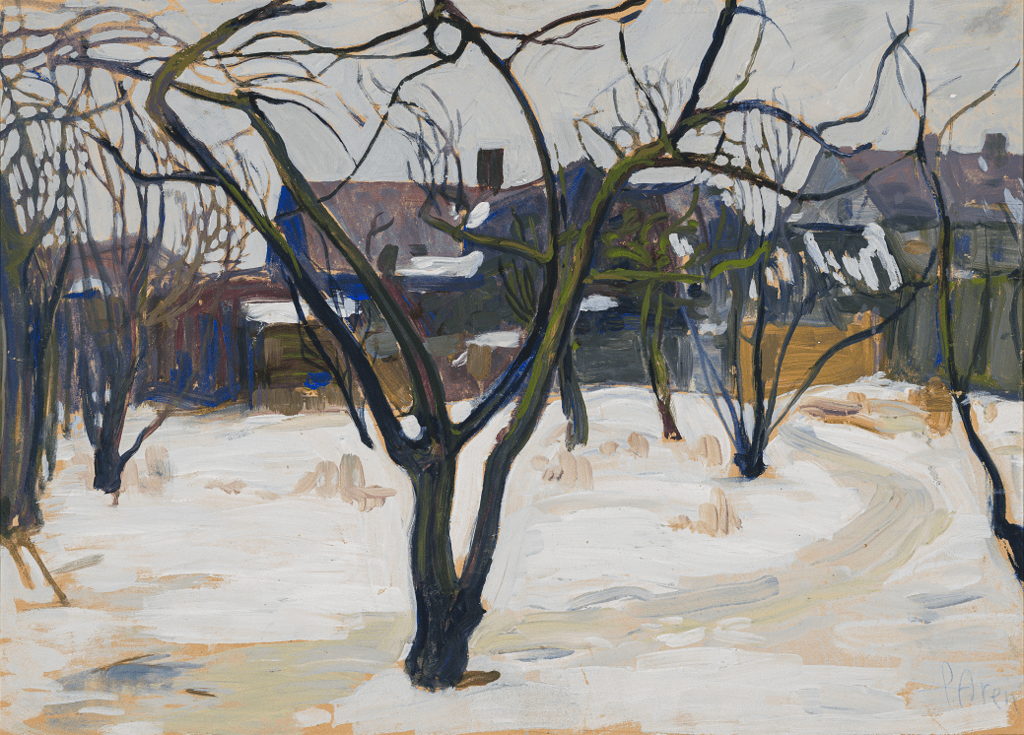 Peet Aren was an art student in St. Petersburg at the time that this painting was created. Regardless of this, he had already participated in an art exhibition several years earlier at the age of 20. A year after finishing this painting, he graduated from the art academy with a gold medal.

This is one of the very first known paintings by Peet Aren. Its motif may originate from Estonia, which Aren was able to visit on his winter break. The composition of Aren’s painting is surprising because he has placed a leafless apple tree that is seemingly not picturesque in the foreground. Another ten or so similar trees come as the next zone, and thereafter a belt of houses in the picture’s background. Aren has painted a road that starts in the painting’s foreground and then proceeds windingly into the depth of the painting’s space as an element that ties those different zones together. Yet it is not the colours of the trees or houses, but rather that of the ground, which Aren has swathed in white snow, that gives the painting its emotional dimension. There are not exactly too many winter landscape or cityscape views in Estonian art. Aren uses the light tone of the snow to simultaneously add an optimistic tonality as well as a particular kind of pure surface, on the background of which other colours have an intense effect, even when they are painted in a veiled manner.