View of Tartu with the Ruins of the Stone Bridge 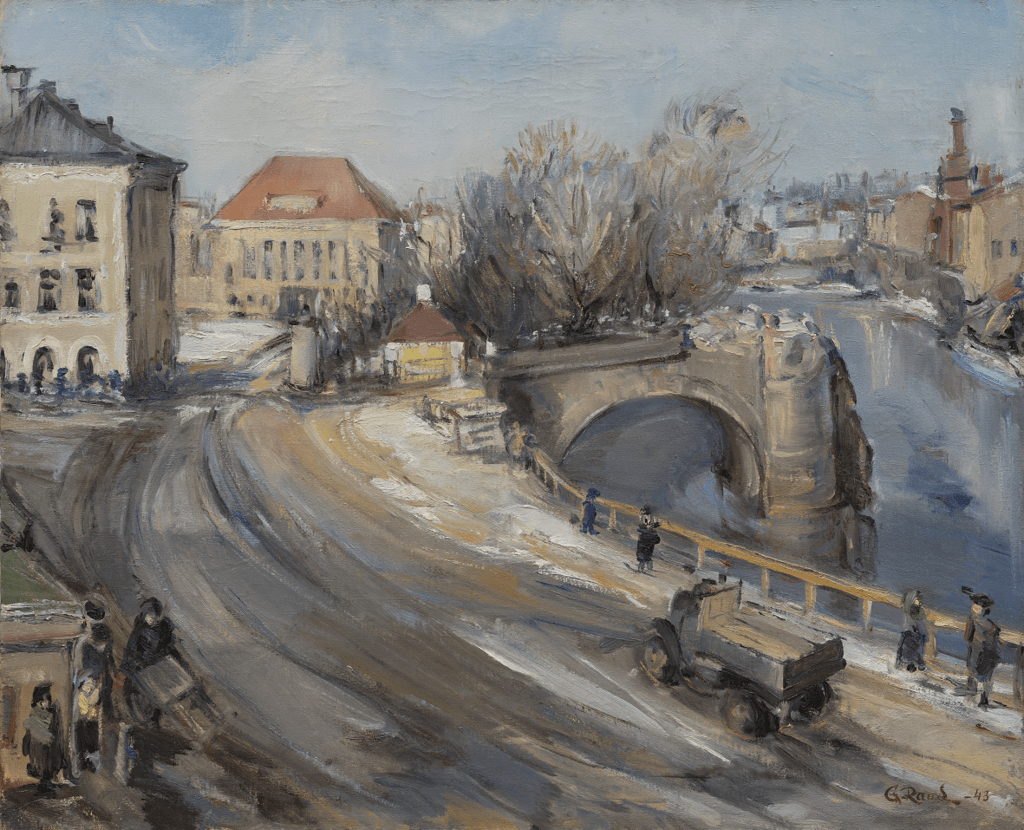 Gustav Raud participated in exhibitions in 1943 with portraits and landscape views. He left his job as an official at the end of August of that same year and started working as a freelance artist in order to ‘completely devote himself to creative work in the field of art’, as is written in a newspaper from that time. He was in his early 40s and evidently felt that he had a great deal of creative strength.

This cityscape belongs to ‘Stories of the Destruction of Tartu’, a chapter of Estonian art history that can be considered separately. Since most Estonian artists lived in Tartu before the Second World War, we know of large numbers of romantic cityscapes where the city is depicted mostly as being charming, homelike, and timeless, which the winds of modernisation have not affected. There are numerous views of Tartu in this collection as well, the most striking of which is the epic painting by Endel Kõks. Tartu’s city centre was destroyed during the Second World War and the depiction of this trauma was important for many artists: we know of dozens of works, at the heart of which is the observation of ruins. Thereat, the poeticization of the destruction stands out. Gustav Raud also approaches the motif of his painting not tragically, but rather romantically. His primary focus is on graceful colour transitions and dynamic brushwork, as if he were depicting his accustomed hometown in spring. The work’s painterly values themselves are important first and foremost, not the painting’s narrative storyline.