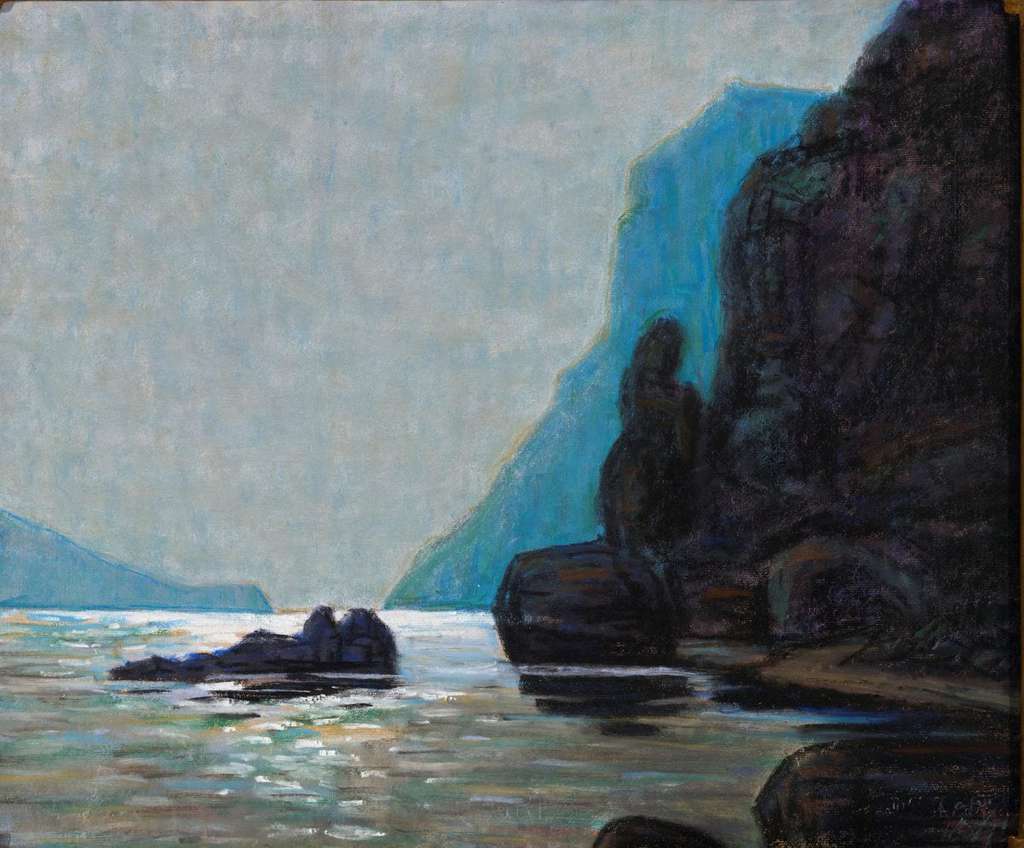 Ants Laikmaa arrived on Capri forcedly: as a political exile, he had already had to travel around Western Europe for years, and he also went to Capri without any particular personal desires. Beset by poverty, it was simply a side trip on his journey through Italy. Yet Capri delighted Laikmaa from the very first moment and the short trip that was initially planned to last a day and a half eventually ended up growing into a stay of more than a year on the island. The island of Capri charmed many Estonian artists. Konrad Mägi, Ado Vabbe and Karin Luts also worked there later on. The island’s otherness, its foreignness is apparently what charmed Laikmaa to a great extent. Other Estonian artists who have worked on Capri have also noticed the different kind of light there, admired the island’s exotic forms, especially its cliffs, and have been enchanted by the mysterious deep blue sea.

Even Laikmaa painted a work here that he would not otherwise have been able to create. First of all of course, we notice the picture’s overall blueness, while at the same time green tones are often more characteristic of art completed in Estonia. Blue rules the sky, the land and the water, but also reflections on the surface of the sea and the gleaming contours of cliffs in the distance. This is a painting that is equally about the colour blue and the island of Capri. In terms of composition, Laikmaa has aspired to emphasise the opening of the space of the painting. The cliffs shifted to the right side resemble a curtain that has been drawn open from in front of a theatre stage, leaving the proscenium to serve as the place where dramatic events unfold. Those events in this painting are changes that take place on the surface of the water: the refraction of light, frizzy waves, reflections, and the blending of colours. Yet the robust Bagni di Tiberio cliffs at the right-hand side balance out the overall dreamy, delicate and sensitive atmosphere. Laikmaa has stressed the angularity and materiality of those cliffs, creating balance for the ethereal and somewhat unworldly overall atmosphere of the painting. ‘Yes, Capri, that island of artists, it has far exceeded all of my beautiful expectations!’ writes Laikmaa. "Nature can’t be sucked dry of beauty anywhere, it opens up ever more new storehouses, depths and secrets the longer you stay with it and look, delve into it."