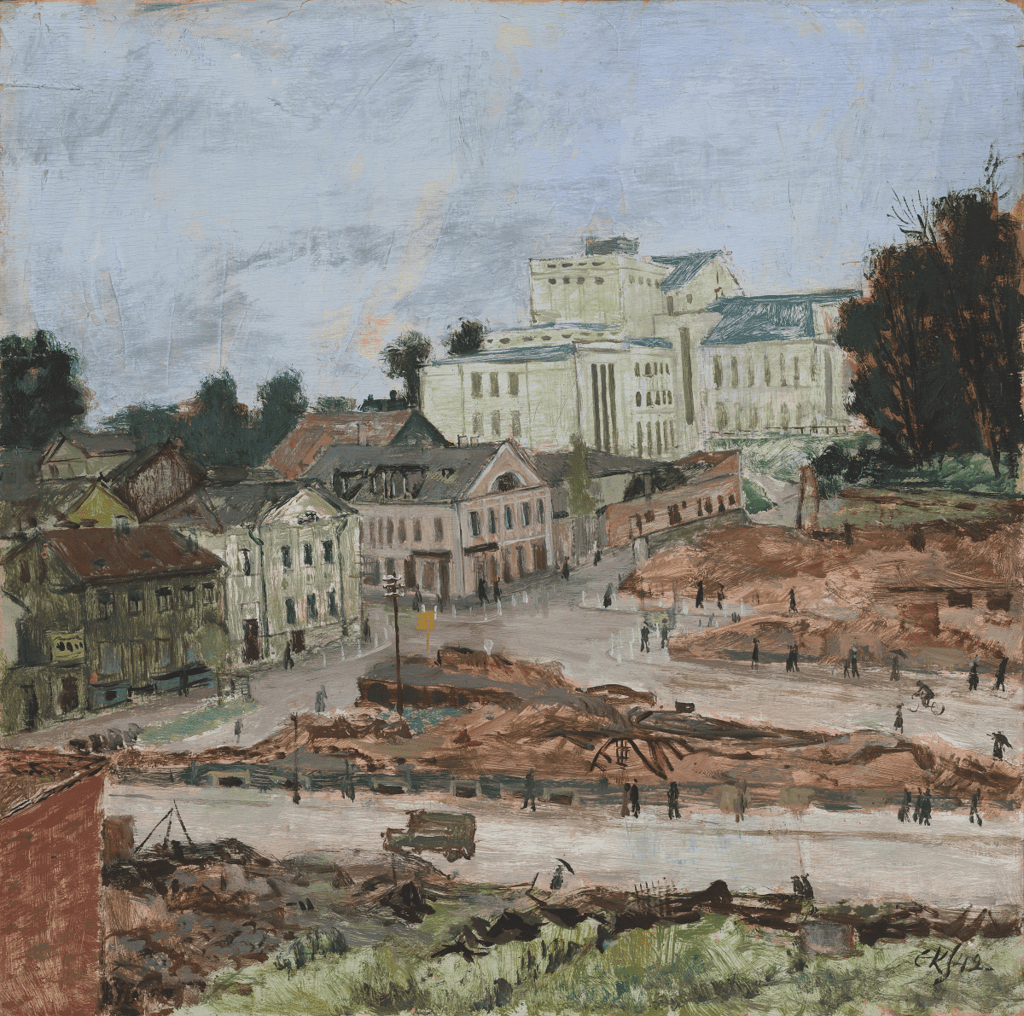 Kõks was born and raised in Tartu and has repeatedly painted that city. His epic Tartu vaade [View of Tartu], which is part of Enn Kunila’s collection, especially comes to the fore since it brought all the most important symbolic buildings of that city together onto a single canvas. A few years later, however, after the destruction of the war, Kõks had to admit that most of those buildings had been destroyed. That which he had just recently glorified was gone. Regardless of this, Kõks did not become tragic or even particularly dramatic. His gentle brushing style and languidly blending colours make the destroyed parts of the city centre poetic and we look at them as if it were an ordinary cityscape. Instead of an urbanistic big city milieu, artists always found a romantic refuge from the onslaught of modernity in Tartu, and now, when the modern world had destroyed Tartu, they refused to admit defeat and continued to depict the city as being poetic and fragile.

In 1942, Endel Kõks painted several works on 48 x 48 cm pieces of plywood. It is hardly likely that this is a conceptual series, rather the availability of materials likely dictated the dimensions of the works.