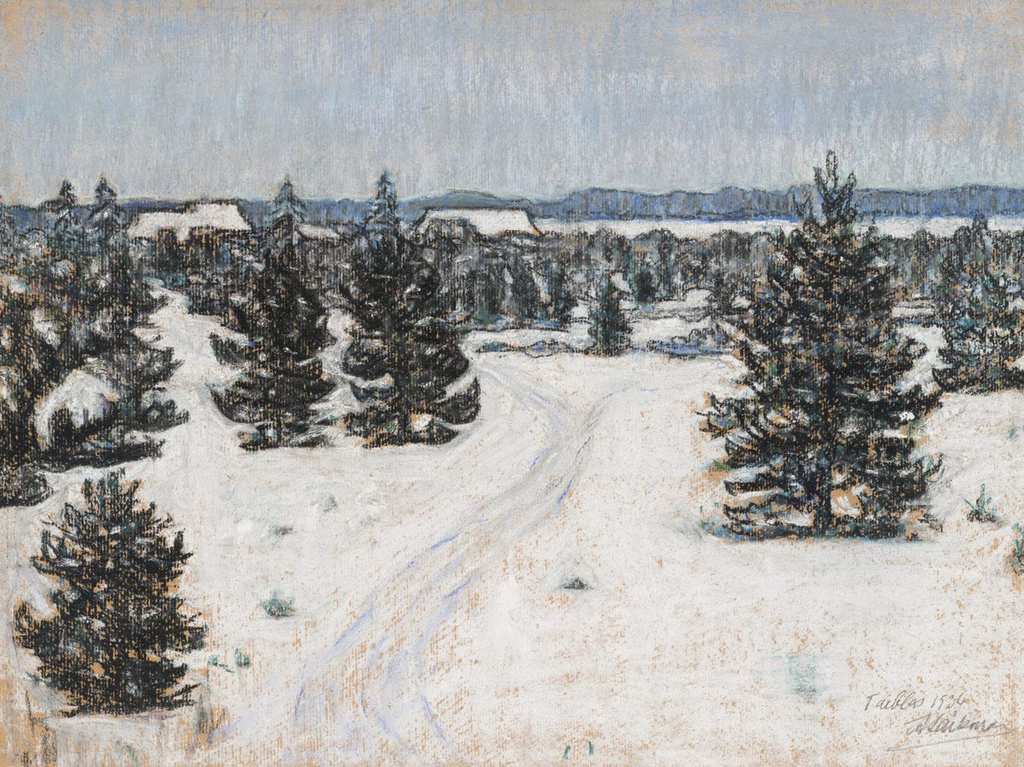 Laikmaa managed to purchase half the lot of the Tammiku farm in Taebla in 1915 with the help of a friend. He erected temporary lodgings already then, yet a long, costly and continuously interrupted project design process began at the beginning of the 1920’s. He closed down his studio school in the spring of 1932, sold off his lodgings in Tallinn and moved permanently to Taebla.

Laikmaa had big plans for Taebla. He wanted to build a building influenced by traditional ethnic Estonian farm architecture there but also conceived room there for the summer homes of other artists and other such projects. Among other things, Laikmaa started working on redesigning overgrown pastureland as a park. He had trees thinned out and planted new trees, including young fir trees among others (which can be seen in this work), but locals had chopped them down for use as Christmas trees. “When the servant was sent out to the surrounding farms on reconnaissance under the pretext of seeking provisions, the occasional little tree was indeed found but nobody could get them to start growing again,” wrote Endel Nirk in the book "Kaanekukk" about Ants Laikmaa and his life.

In the early spring of 1936 – the time when this work was probably completed – construction work on his house continued and workmen set about erecting the studio part of the house. However, financial problems continued to haunt Laikmaa. This work was probably one of the paintings that Laikmaa sold in order to acquire even a modicum of the means for paying off his debts.