Still-Life with a Cactus 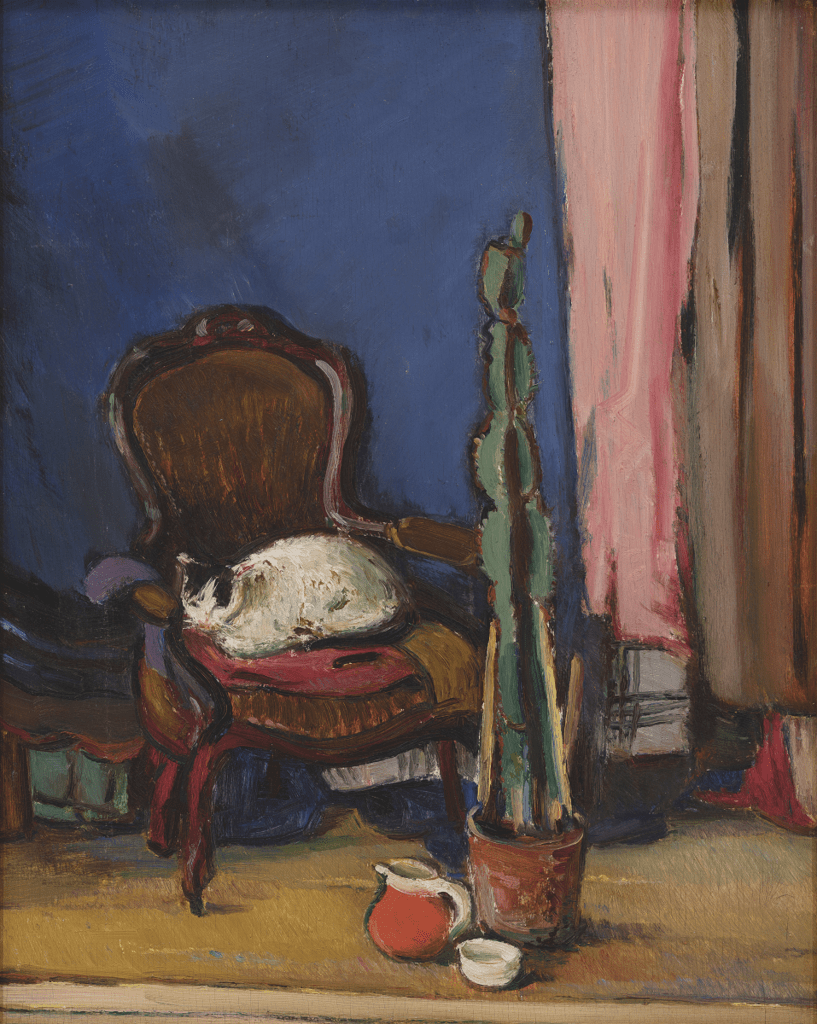 Johannes Võerahansu painted diligently at the start of the 1940s, thus continuing with his landscape views (he travelled in Southern Estonia, especially in the area around Otepää, and also produced works on Saaremaa themes) as well as creating new portraits. Only another five still-lifes are known from 1942 and 1943, yet generally speaking, Võerahansu often painted flowers and also set other compositions for the canvas.

Still-Life with a Cactus is uncharacteristically colourful for Võerahansu. Generally speaking, we know his oeuvre from the 1930s thanks to his masterly nuancing of restrained colouring: his paintings often have a clear overall tonality and within that, Võerahansu has constantly found new details. Instead, Still-Life with a Cactus boldly and strikingly uses surfaces in different tones and in some places almost unmixed colours. At the same time, Võerahansu has renewed his approach to the genre: instead of an ordinary composition placed on a table, he understands an odd combination with an enormous houseplant placed in front of a chair, where a little red watering can is on the brink of falling off the edge of the painting, as being a still-life. Yet Võerahansu has introduced a cat into the heart of the painting, thus recalling Olav Maran’s principle of always adding some object from the organic world as well to a still-life. The cat, however, does not bear symbolic meanings for Võerahansu, rather it comes across primarily as an almost abstract white patch of colour, which helps to stress the surrounding variety of colour even more.