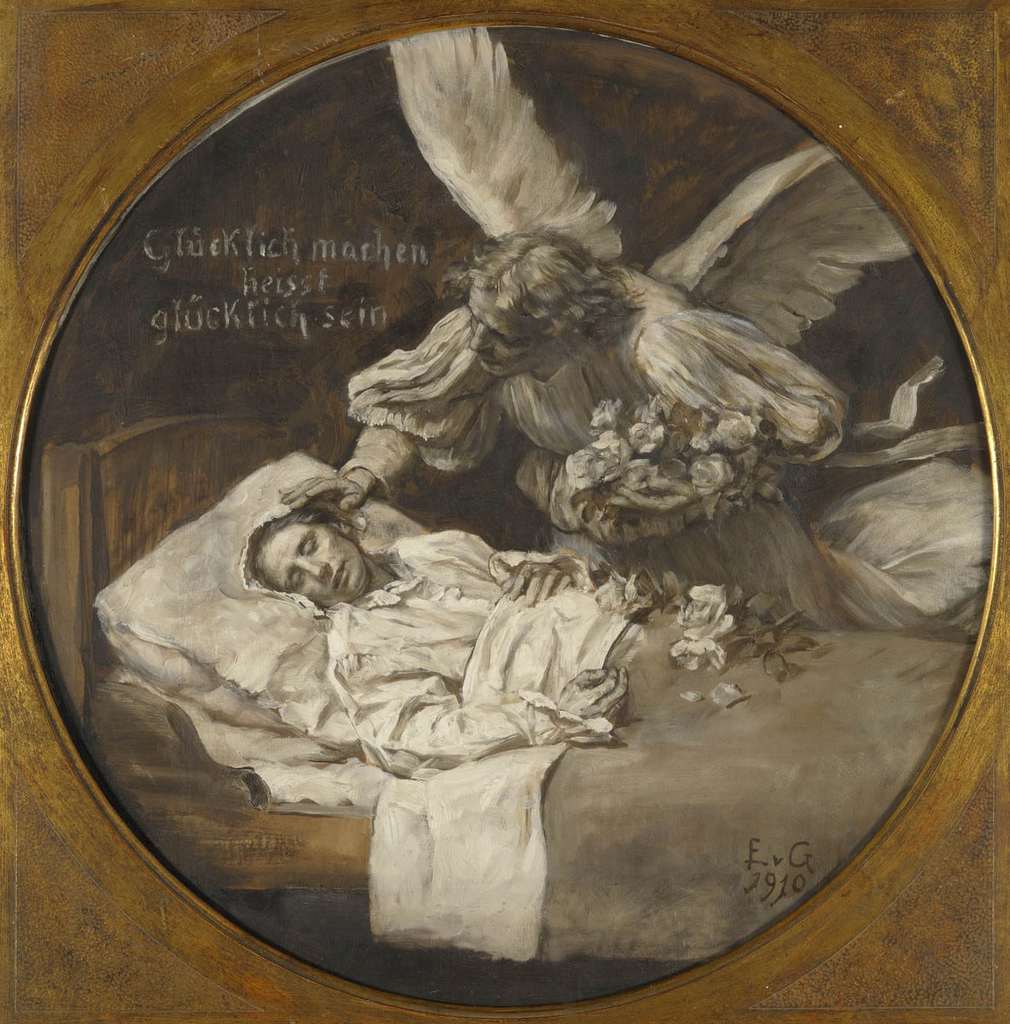 Gebhardt was already 72 years old by the time this work was completed. This was a time of contradictions for Gebhardt. After the death of his wife Klara (1897), he experienced a serious creative crisis. In one of his letters from that time, Gebhardt says that “I have become so indifferent, my thoughts are still with her”. Nevertheless he continued to work. At least four parallel works are known for this painting. Thus Gebhardt painted the work In the Sick Bed in 1870 already, which has been lost by now. The introduction to this painting, however, says that it was the first version of a painting that depicted the mother of St. Peter. As his model, Gebhardt depicted his wife Klara Jungnick dressed in old-fashioned clothing (this was often customary for Gebhardt). Klara fought a long battle with illness at that time but in the painting she was already recovering.

The locations of all the parallel works are no longer known by the present time. If this painting really does depict Klara Gebhardt, then it is possible that this is the latest and only known version of this series.

The theme of the healing Jesus that is often repeated in Gebhardt’s paintings has remote parallels to this painting. Thus for instance, two paintings entitled The Raising of Jair’s Daughter from the Dead are known where Jesus bends over a girl lying in a sick bed.

The text in German on the painting means: “To be happy means to make one happy.”