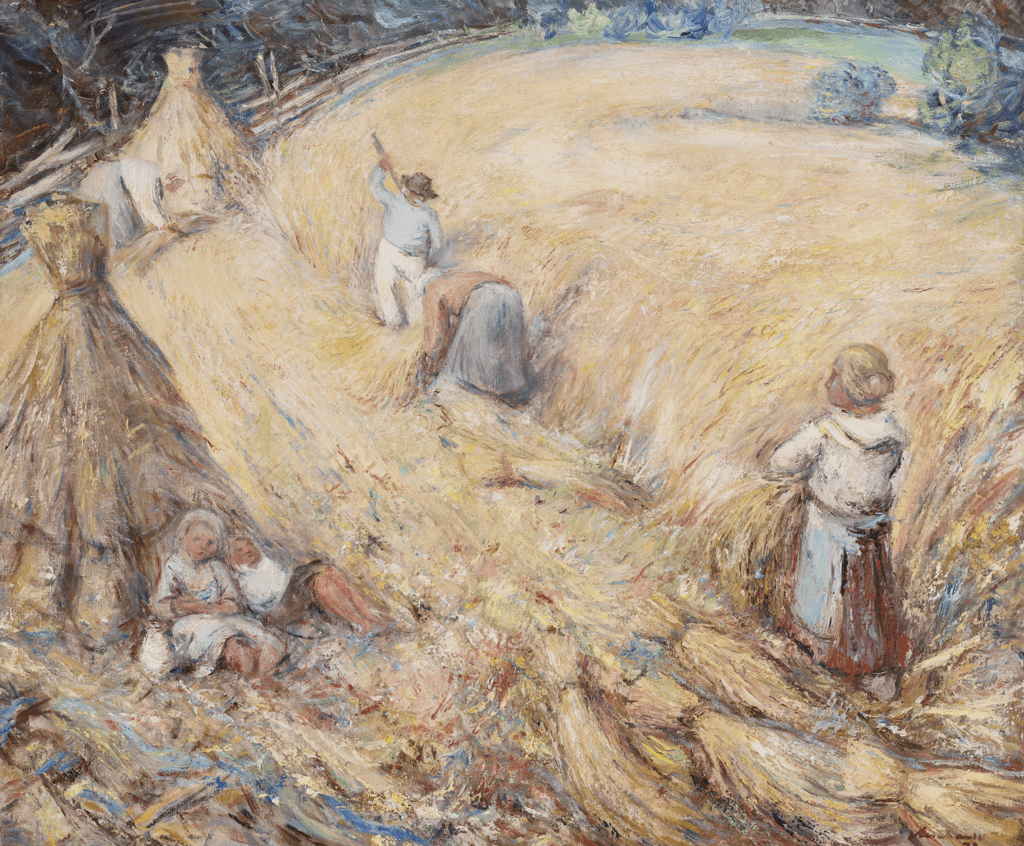 Johannes Võerahansu turned epic on several occasions in his works on Saaremaa themes in the 1930s. This means: existential generalisation emerged in his paintings. Simple motifs suddenly started referring to larger concepts such as existence, the cycle of life, work, and so on. Rye Harvest is similarly not merely a realistic painting of people working, rather it rises to become a larger image, especially with the intensity of its colouring and the certain spirality of its composition. Võerahansu’s painting is almost completely in a single overall tone. He admittedly finds nuances from within it, yet his massive treatment of colour and the flood of yellow that overwhelms the entire painting surface come across meaningfully and on a grand scale. Yellow is no longer a surface covering, but rather an element that has flooded the entire illusory cosmos that has been created in the painting. Võerahansu has used the bending of space as an exceedingly interesting technique in the painting’s composition. We notice the curving of the corners in the painting’s upper part to make them round. This evokes a feeling as if we are looking not at realistic space, but rather a cosmogonic world. Through this world, the work of the people in the midst of all that starts speaking to us of some greater value that labour carries within itself: it is not only a filler of days, rather it is in harmony with the existential condition of nature. In order to live, one must work, then the world will also be born.