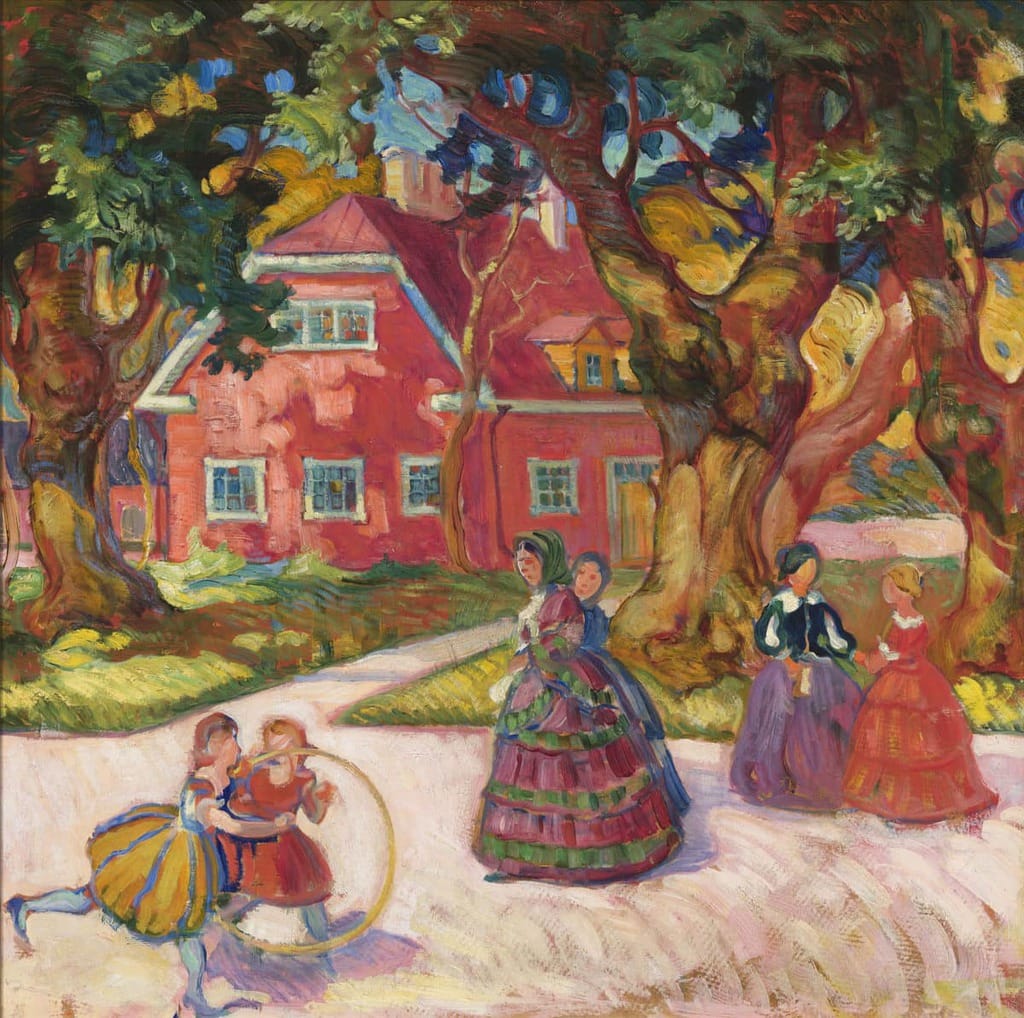 August Jansen’s painting glows. The choice of colouring of the entire work is determined by the house at the heart of the picture – the studio building in Kadriorg Park, which Jansen erected together with Karl Burman and Peet Aren on a site where old carriage sheds once stood. The bold radiation of the red house spreads forward over the entire painting and makes all the rest of the work reddish, brownish and purplish as well. The building is situated in the background. It could be the painting’s main character, but its location is more in the rear part of the stage than right in focus. Beyond this, Jansen has devoted altogether more painterly attention to tree trunks: the influences of many of the art movements of the first decades of the 20th century can be seen in their twisting art nouveau trunks and the expressive colouring. The people brought to the foreground on the painting surface form a third zone. As is rather typical for older Estonian art, primary attention is not focused on the psychology of the people in the painting (the features of their faces are not painted) nor on dramaturgical tension (this is a peaceful and idyllic scene, although running children bring dynamism to the surface of the painting), but on nuances of colour. Skirts with elegant flounces have served as a pretext for bringing the same kind of tonality that we see in the depths of the view of the park into the foreground part of the painting as well. Although if we wish, here we can nevertheless also glimpse symbolic strata, where little children, young maidens and an evidently older lady are brought out in front of the ancient tree trunks, thus forming something resembling the cycle of life. Jansen’s primary attention is focused on the tension between colours and forms, a certain emotional glow that he lives out on the surface of the painting. ‘He literally blazed,’ Jansen’s widow has described her husband when he painted. ‘His face and eyes changed, he hopped about in front of the canvas and worked very quickly.’ This work also glows with about the same kind of feverishness.