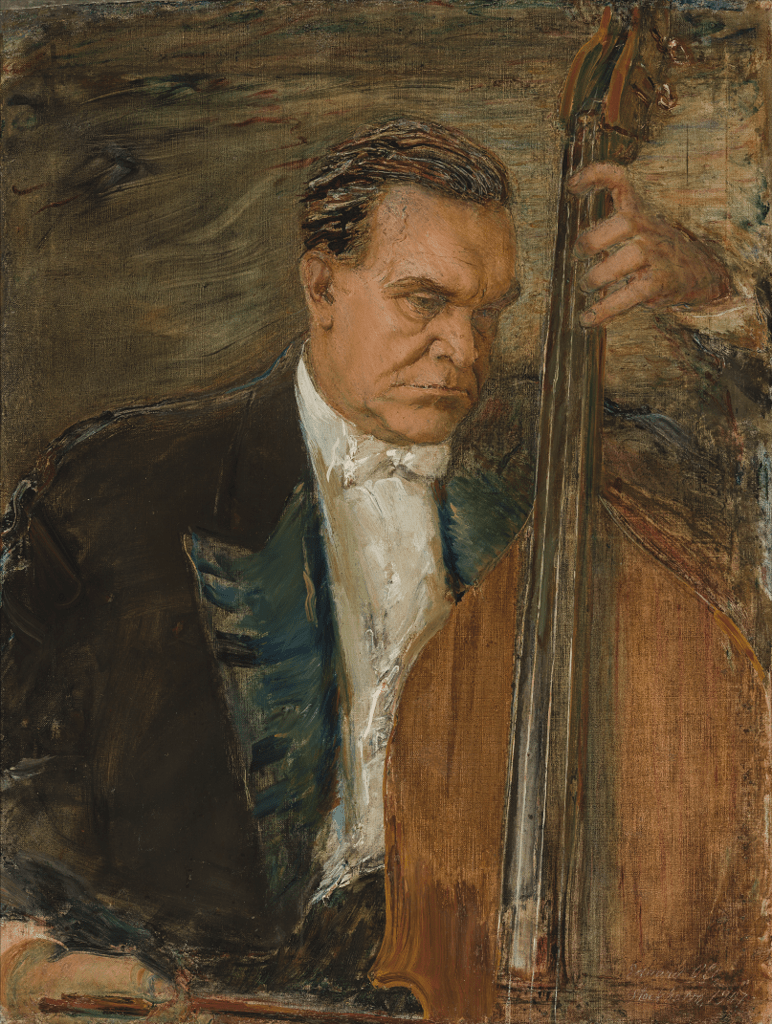 Two expatriates met in Sweden in 1947: Eduard Ole and the 53-year-old double bass player Ludvig Juht. Juht was in the middle of a concert tour in Sweden when he met with Eduard Tubin to talk about a planned piece of music. On that same tour, he also met with Ole (according to whom he had recommended that Juht should come to Sweden), with whom he was already acquainted from before.

Ole’s painting is not merely a portrait, but rather it aspires to be an epic depiction of a man and his musical instrument. The painting is filled with seriousness, archaicness and dignity. A posed static state is preferred over dynamic fluidity. It is possible that expatriate status was also behind such a choice: the knowledge that although they are talented, that may not necessarily be sufficient for gaining justly deserved recognition. Thus one expatriate paints a portrait of another expatriate, where instead of fragility and uncertainty, we see somebody who has achieved a self-assured and steadfast position. Incidentally, a reproduction of this same painting was used a year later on the cover of the programme for Juht’s concert that took place in New York. The painting belonged to Ludvig Juht’s collection.