Portrait of a Woman with Window View of Tallinn 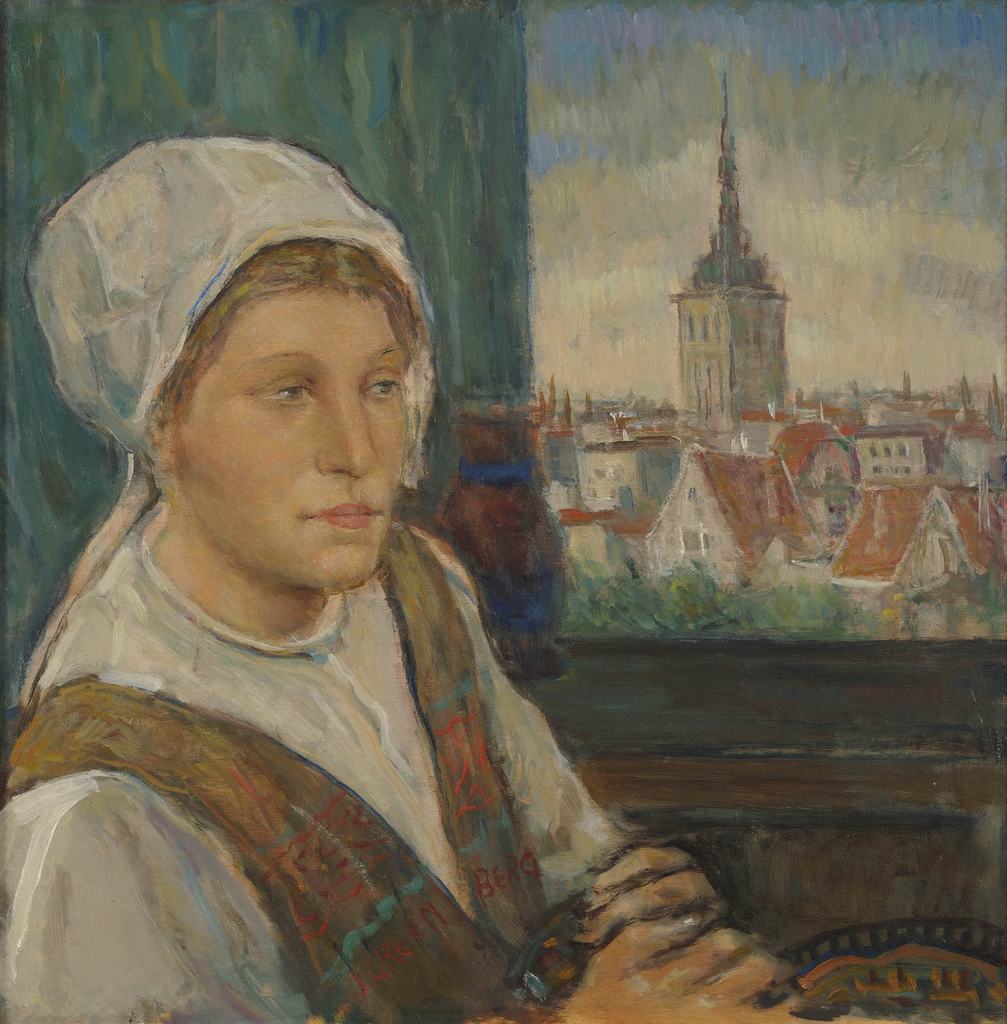 Previous Next
Johannes Greenberg Portrait of a Woman with Window View of Tallinn End of the 1930’s oil, plywood 45.8 × 45.8 cm

In Greenberg’s works, women’s heads are characteristically covered since as a rule, women wear headkerchiefs, hats, bonnets and other such items on their heads in Greenberg’s works – he rarely depicts them bareheaded. It is also noteworthy that for Greenberg during that period, using models was apparently a “sin against the spirit”, for which reason the woman in this painting was probably also painted according to his imagination. Greenberg has skilfully used the direction and texture of the plywood that forms the base material for this painting. Greenberg liked plywood. It suited his style of painting and other people also noticed that fact. Thus his colleague Adamson-Eric wrote in a review: "His blackish, dark tones are light and in an academic sense, his murky tones acquire brilliance and warmth from the plywood base that resonates with it."