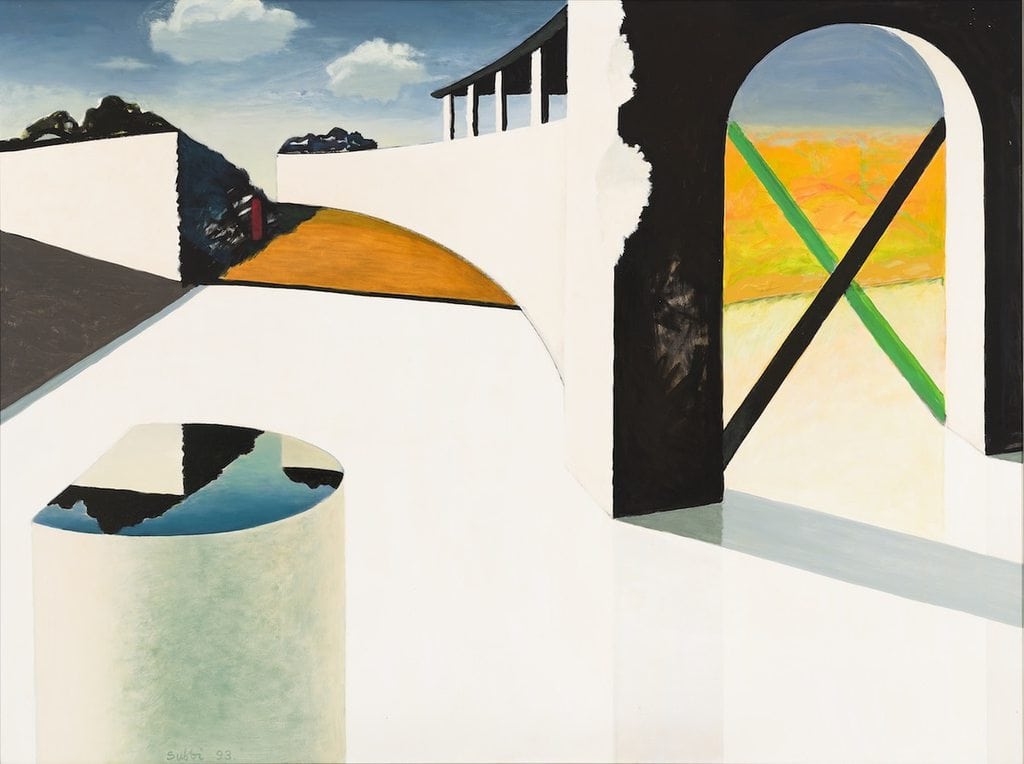 Piazza del Pozzo is one component in a unique three-part series of paintings of urban views completed on a trip to Italy. The other two paintings are in private collections in Germany. The work of art stands out in Subbi’s oeuvre because never before (or later) did the artist adopt such a metaphysical approach to recording urban spaces. The large white planes are rather unusual, for Subbi was known as an author who liked to use a lot of colour and covered every inch of paintings in different shades. Here, there is a dramatic opposition of black and white, and mysterious dark shadows on light surfaces. Clear outlines, stage-setting-like city space and the dominance of man-made objects over nature are all traits normally not present in Subbi’s works. From this aspect, the bright blue sky does not seem like an organic continuation of the painting but rather a dramatic and mysterious contraposition to the imaginary city below.