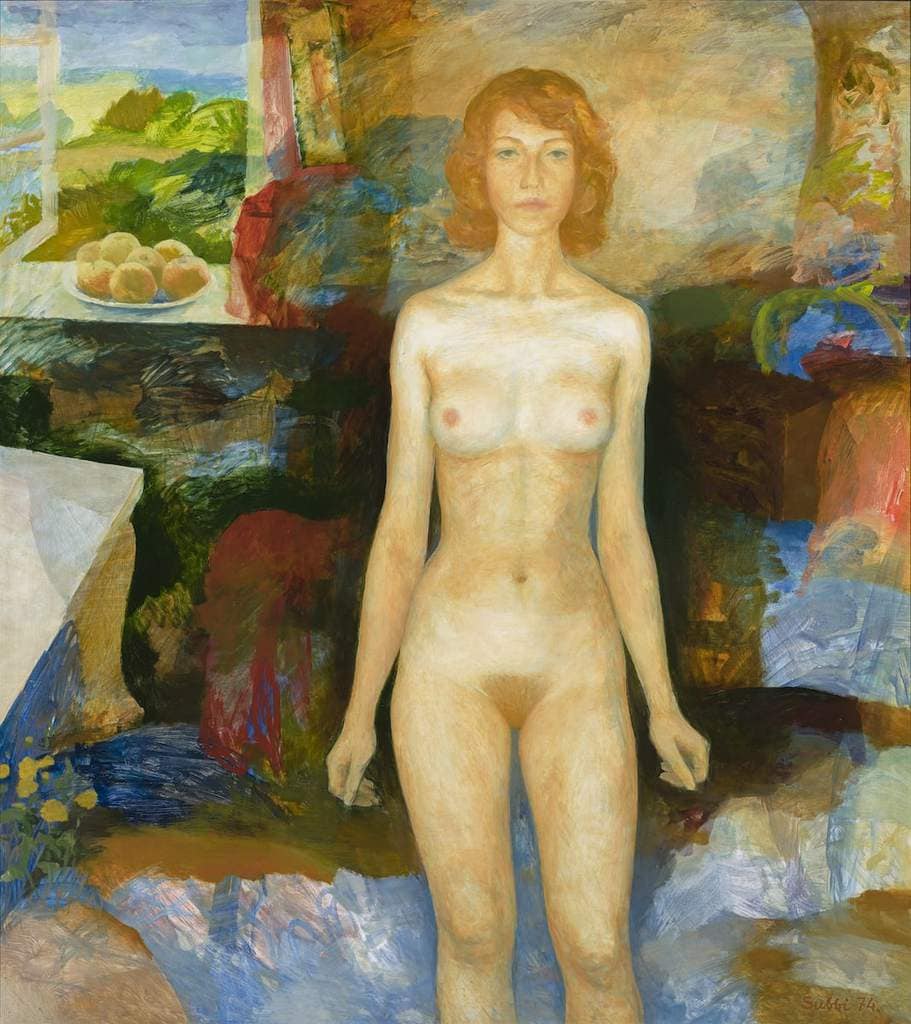 Open Window was a painting of great significance for the artist, who refused to sell it throughout his life. He left the painting with a dedication on the reverse side to Enn Kunila upon his death. For decades, the work of art hung in Subbi’s quarters in the tower above Pikk Jalg Street, where it was made, and later in his studio flat in Liivalaia Street. When we look at photos and film clips taken over the years, we almost always see the artist against the backdrop of Open Window.

Subbi never commented at length on the meaning of the work of art, so it can be assumed that it was not important to him for sentimental or thematic reasons, but that he simply considered it a success from a technical point of view. This is evidenced in another painting made in the same year, An Evening in an Old House (1974, Tartu Art Museum), in which Subbi repeated the nude figure from the foreground of Open Window: the model is the same, as are her placement in the room, her posture and the artist’s point of view. A few decades later, the motif was resurrected once more. Shortly after the demise of the model depicted in the painting, Subbi painted a commemorative Romantic Scenery (1996), in which the pose of the model from Open Window is repeated one last time.

Open Window belongs to Olev Subbi’s peak period, during which he used a layered painting technique to enrich his colour palette and create dreamy transitions. Subbi was interested in abstract art from early on and although he himself continued depicting clearly legible motifs, the meanings of his works are never limited to the topics. Equal importance was placed on blending together different hues in the background, thus successfully combining cold and warm tones. We can also notice a recurring motif in Subbi’s oeuvre from the 1970s: a door, a window or an arch opening to an imaginary after-space in the depths of the work of art. The illusory landscape visible from such an opening was usually painted with more light and brightness than the main image, even though the primary motivation for doing so was more than just to make the depicted space more interesting. By entitling the work Open Window, Subbi intentionally directed the viewer’s gaze away from the main component of the painting – the nude figure – and highlighted the window and the idealised colourful landscape visible through it. When we, as viewers, take into account this minor detail in the background of the painting, our viewing experience expands, for we no longer only see the nude but also sense the airiness and openness flowing in from the depths of the painting.