Nude with a Red Ribbon 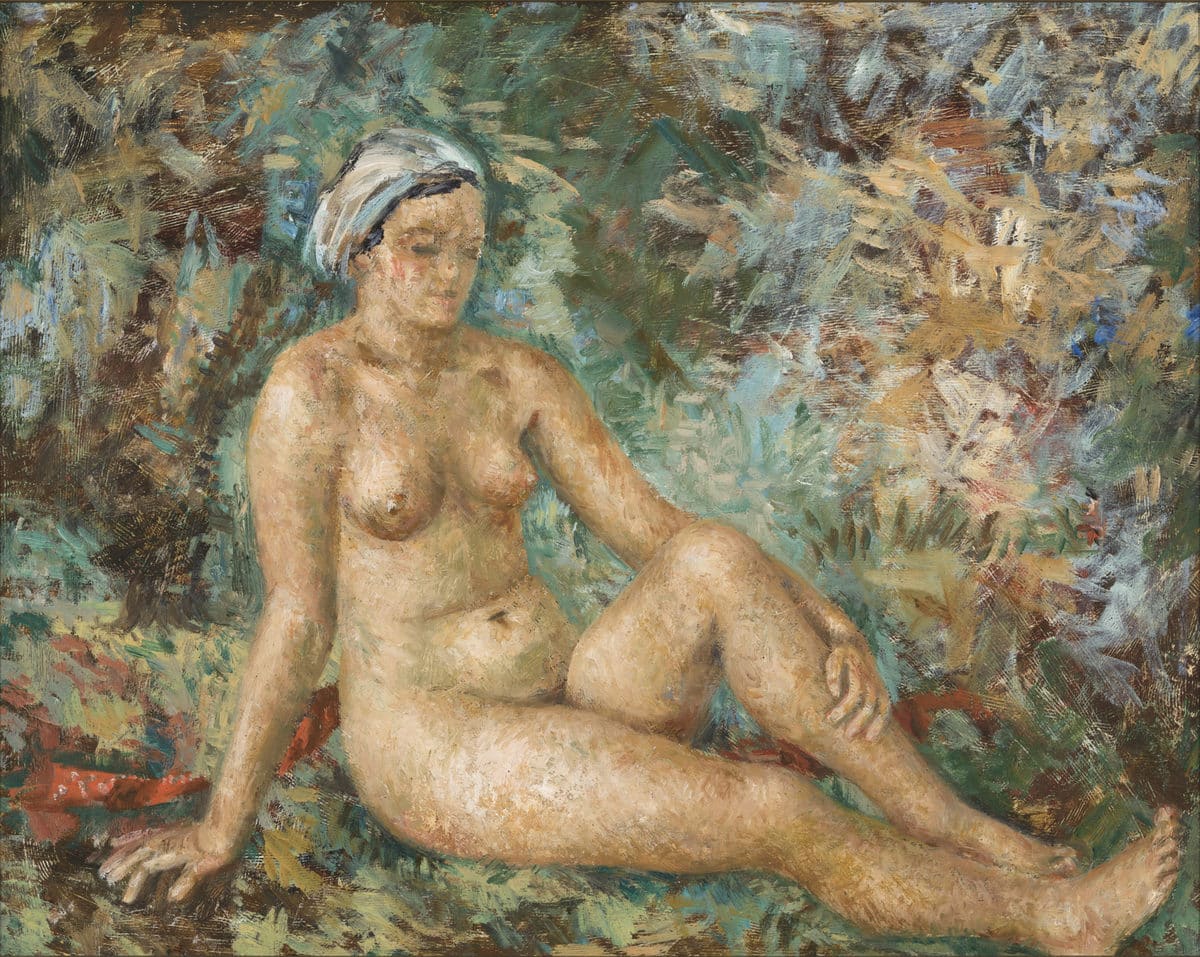 A large solo exhibition of 148 of Adamson-Eric’s works was held in February of 1938 in Estonia’s main exhibition hall, the Tallinn Art Hall. The exhibition drew 12 000 visitors in eight days. That has remained an unsurpassed record to this day. Another solo exhibition that earned abundant complimentary reviews was held in Stockholm in 1939 and many of his works were sent in that same year to exhibitions of Estonian art in Rome, Budapest and Antwerp.

Painting nudes in natural settings was a very frequent subject in his work of that period, as was his impressionistic approach. One critic of that time noted: “While until then, he had so to speak dragged the paintbrush across the canvas in more or less continuous brushstrokes, now the paintbrush starts to hop, to skip with short strokes as flashes in cascades. This luxuriant plaiting of specks of colour, commas and bits of lattice preserves the reality of objects, yet removes their corporality, materiality.” Incidentally, Adamson-Eric’s nudes gave rise not only to artistic questions but also to questions of a moral nature. Newspapers received letters from annoyed readers, and moralising remarks were made about his works in “society”, calling his works pornographic.

Adamson-Eric has built this painting up in two layers. The painting’s background is utterly abstract. It consists of a network of brushstrokes that become three-dimensional and does not depict anything, nor does it even aspire to. A red ribbon is placed in that ornamentation as the only realistic element, which unexpectedly becomes one of the painting’s main events due to its colour and lifelikeness. This is an interesting device in terms of composition, since we are accustomed to pictures being structured such that the focus is on what is important. It is recognisable, in the foreground, and hierarchically in a better position in relation to other objects. Yet Adamson-Eric places the element that defines the work’s title in the margins of the painting’s surface, skilfully directing our attention to what is seemingly inadvertent – to something, a large portion of which moreover meanders behind the model and is almost invisible to us. The red ribbon, however, is also the connection between the painting’s abstract background and its realistic foreground. Adamson-Eric depicts nudes often in his oeuvre from the 1930s, mostly placing them in the midst of greenery (perhaps this is precisely why we consider the abstract background more likely to be a corner of a park or the edge of the woods, but perhaps also due to the model’s pose). This idyllic nude that speaks of the harmonious side of life is nevertheless not a sharp incision into reality: the artist has tried to tone down the transition between the human body and abstractness by the fact that the background’s greenish colouring also continues partially on the nude, yet also by the fact that her face is anonymous, making the woman similarly somewhat abstract.