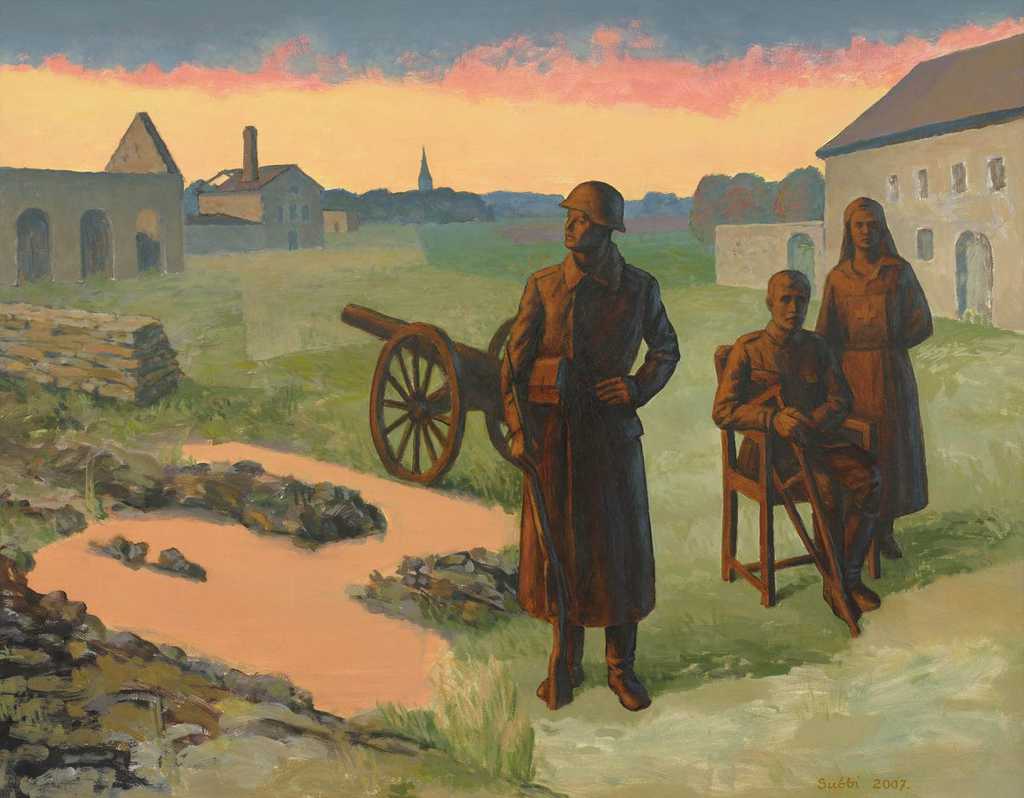 Hella and Johannes, depicted in this painting, were Olev Subbi’s parents. The painting was made after a photo, which was taken at the time his parents met. Subbi kept it in his studio until the end of his life. The man sitting on the chair is Olev Subbi’s father Johannes, who is recuperating from a serious leg wound received in the War of Independence. The doctors at the hospital wanted to amputate the leg, but the nurse, Hella, was so good at massaging the leg that she managed to save it. Thus began the story of their romance and family. As his parents met in the whirlwind of war, Subbi added a third figure, the artist Eduard Wiiralt, who also volunteered in the war. The scene is obviously a made-up one but contains seemingly real elements, such as the buildings, which look like the houses along the road from Tallinn to Kolga, where Subbi’s summer house was located. The background also has a church spire, anonymous and yet familiar from Subbi’s paintings for decades, starting in the 1980s. As Subbi was an atheist, it is unlikely that he had religious reasons for depicting a sacral building. He viewed the church as a landmark, an object that looked familiar in the landscape and made one think of home.