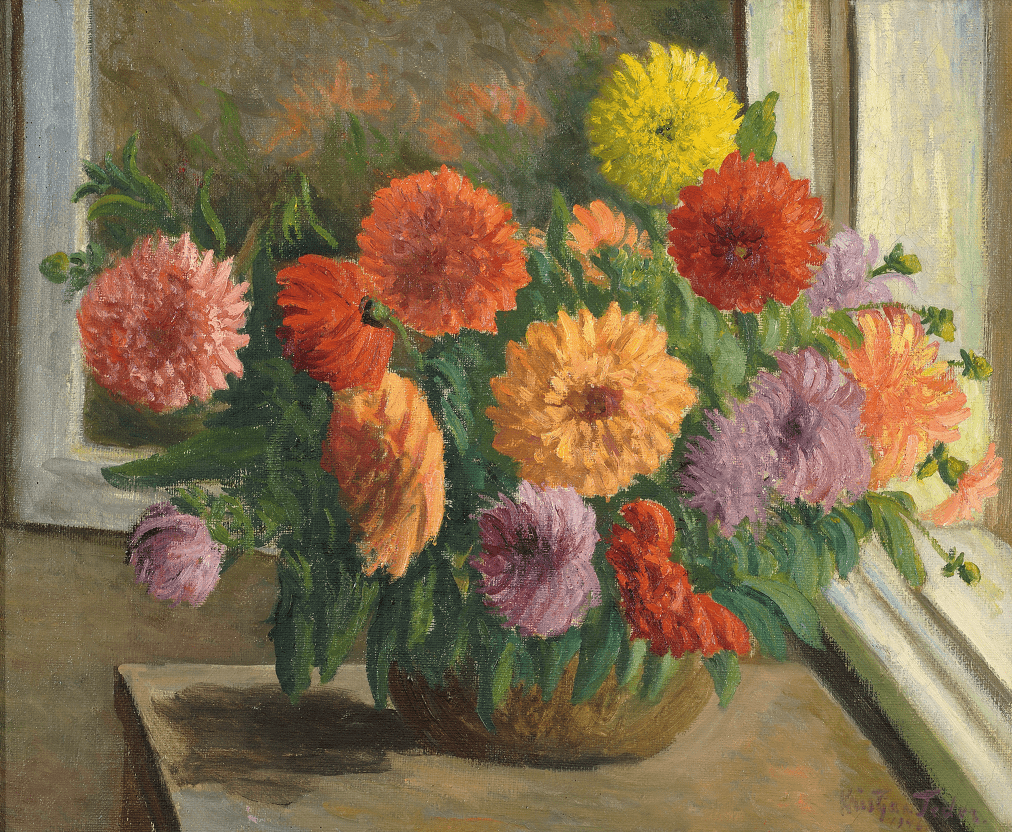 Kristjan Teder was one of the first students at the Pallas Art School who, like Aleksander Vardi, began his studies at the school immediately after it was opened as Konrad Mägi’s student. Teder later also studied in Paris and participated in exhibitions there with still-lifes among other things, yet when he returned, he had to discontinue working in art due to financial dearth. Teder went to study gardening, beekeeping, and poultry farming, rented a gardening plot for himself, and planted a fruit orchard there. He started keeping bees and raising chickens. Teder gradually also started painting again and naturally, various nature motifs set the tone.

Dahlias, which was painted in 1946, is a painting with a controlled composition where Teder has opened a window and allowed sunshine to light up a variegated flower bouquet. While Teder often flirted with naïveté in his intoxication with nature, here he is strictly realistic, attempting to convey the luxuriant bouquet’s richness of colour.