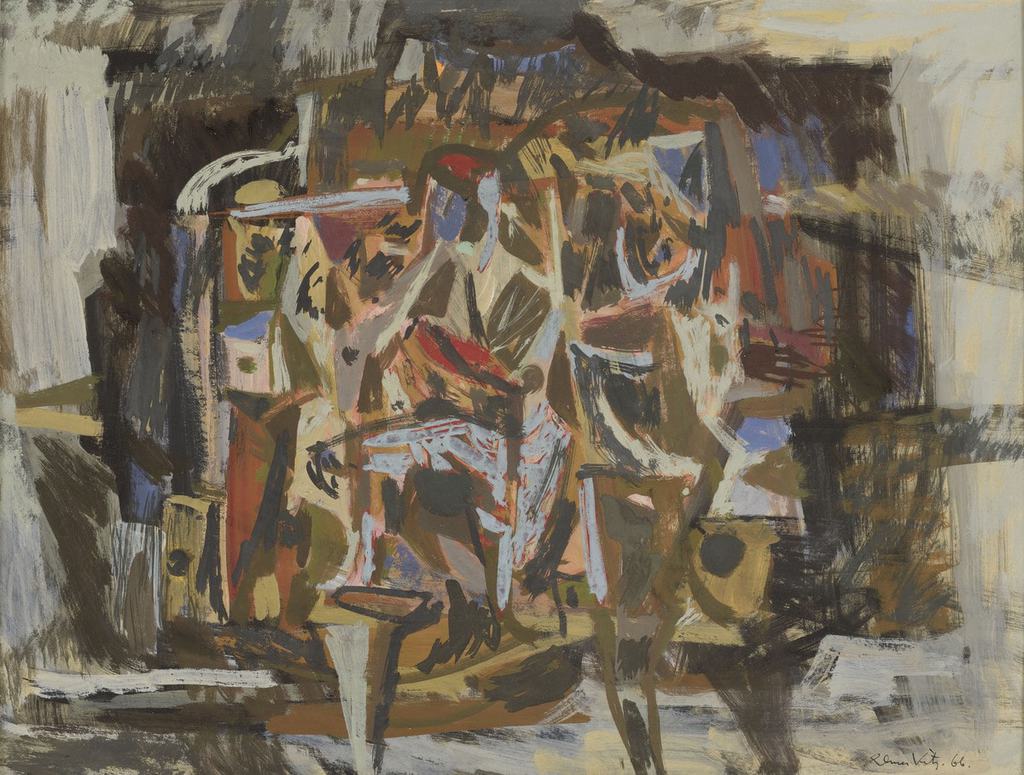 This work participated in Elmar Kits’s legendary solo exhibition at the Tartu Artists’ Building in the autumn of 1966. This exhibition was revolutionary not only in terms of Kits’s creative work but also in the entire history of Estonian art. The exhibition is spoken of as being pioneering since it showed to the Soviet artistic world for the first time the possibilities of abstract art, and did so in a very powerful way. Here Kits demonstrated around a hundred mostly semi-abstract paintings, which had mostly been painted during that very same year of 1966. According to Tiiu Talvistu, the exhibition was a turning point primarily for Kits himself since until then he had participated in exhibitions mainly with landscapes and realistic compositions. On the other hand, this was also a “manifestation of modern art and a top-shelf event of the 1960’s”.