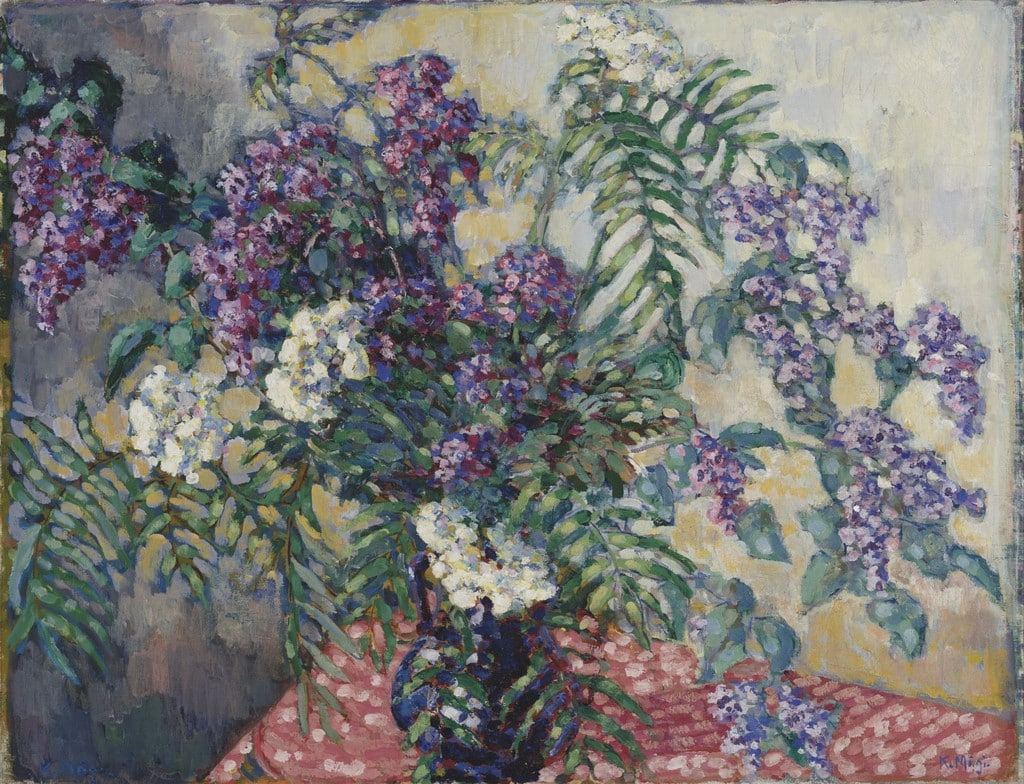 Konrad Mägi painted rather few still-lifes. Less than ten were known to have been painted by Mägi before this painting came to light. This work is hitherto unknown to the public and its history is adventurous. The students’ association companions of an officer who served in General Johan Laidoner’s forces gave the painting to the officer as a gift. The officer’s wife managed to flee to the USA at the time of the Second World War, but the officer remained in Estonia and was in hiding from the occupying authorities until 1973. Then, just before the authorities managed to track him down, the officer decided to end his own life himself.

Konrad Mägi’s painting was inherited by the officer’s sister, who later bequeathed it to a girlfriend of hers. The still-life is painted on top of an earlier work – evidently a landscape view. Unlike his previous still-lifes, Mägi is considerably more free in the composition of this work. The branches, leaves, and blossoms form ornaments and arabesques with an art nouveau elegance. Mägi has not used colours exuberantly, but precisely instead: the purple and white blossoms fit in with the green branches and the bright red tablecloth. While in some works Mägi sought emotional and jolting experiences by way of colouring effects, he appears to yearn for an altogether more peaceful and harmonious tonality in this work.

The work is signed in an unusual way in both the lower right- and left-hand corners, yet like most of Mägi’s paintings, it is not dated. It can be assumed that the painting was completed in 1917–1920, when Mägi painted lilac branches on many occasions.