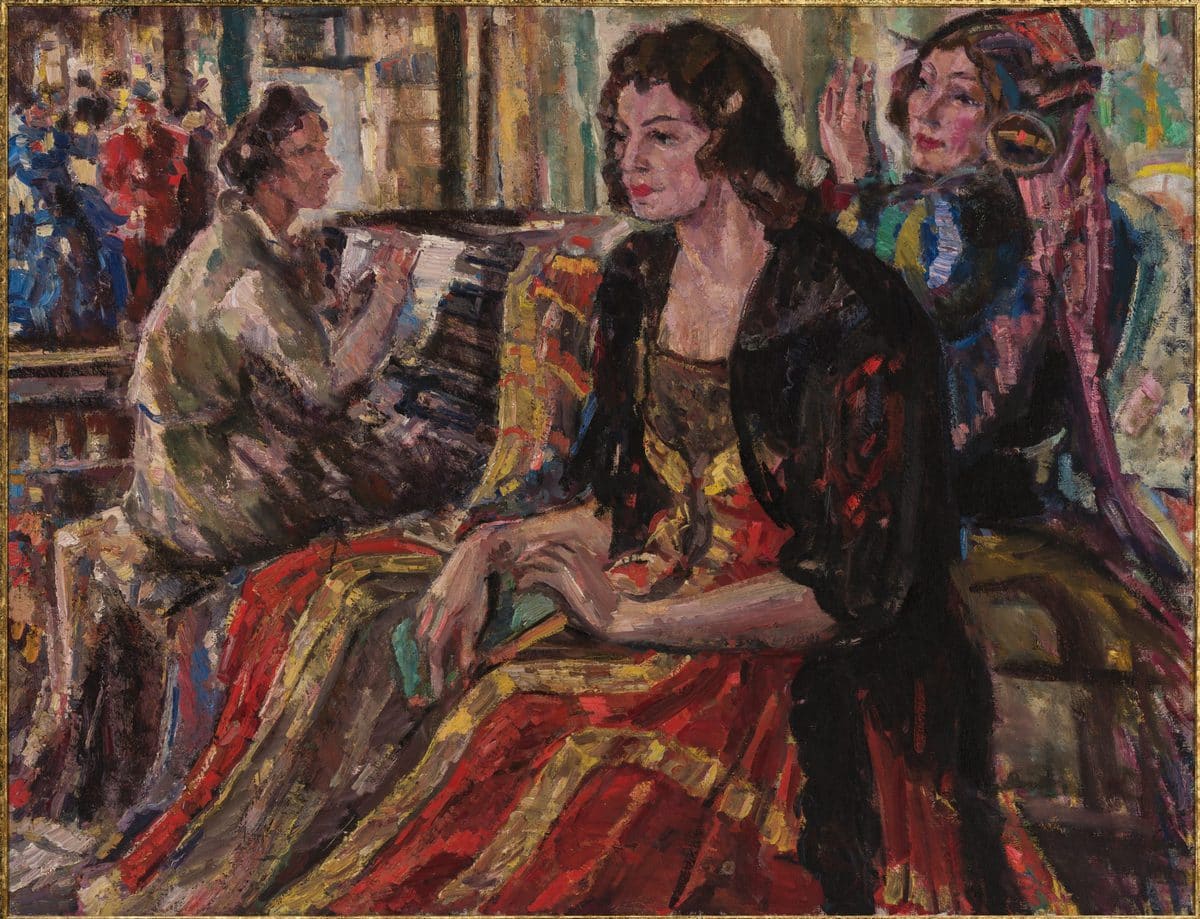 Johannes Greenberg often depicted theatre scenes. He was able to see behind the scenes of that carnivalesque environment, peeking into the solitude and melancholy of human souls. Etenduse eel [Before the Show] depicts the pianist Tekla Koha, the soprano Elsa Maasik (in the middle), and the coloratura soprano Veera Nelus (on the right). Instead of precise portrayal, capturing the generalised situation has interested the artist more, describing the reflective, inwardly absorbed and focused state that prevails before the show. The actor – but also the singer – is always publicly alone on stage. That means that s/he is admittedly together with hundreds of spectators in one room, but s/he is nevertheless alone because everyone is looking at him/her. We see people preparing for just such a psychologically draining situation in the painting. It is surprising that the artist has chosen a large format for depicting such an intimate motif – evidently wishing to stress the contradiction between costumes and all the glamour, and human introspection. The painting’s composition is built around Elsa Maasik, who comes across almost like a monument: the artist has paid attention to her facial expression, but her body is buried beneath the flounces of her costume in the lower part of the painting, and colourful clothing and the pattern created by them fills the entire lower part of the painting.