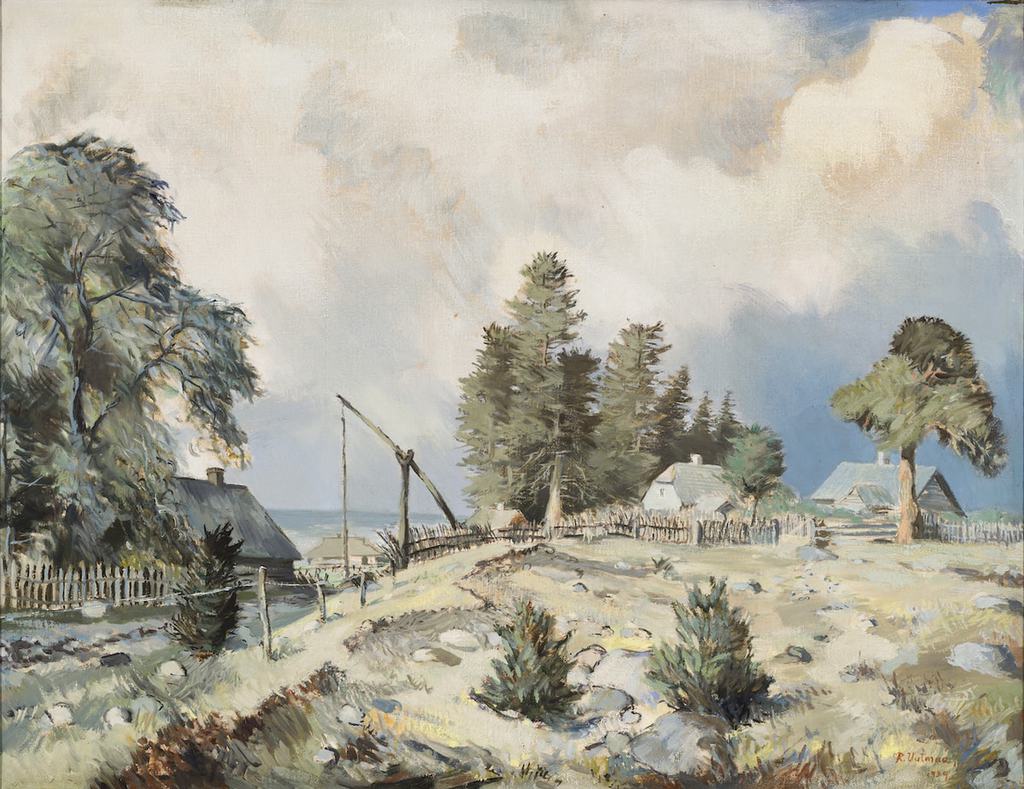 In painting his home village (and perhaps also his home farm), Uutmaa creates an idealised view of ‘home’ here in this painting, thus constructing an idea of home that is widespread in Estonian culture as well. First and foremost we see nature and the buildings blending into one in terms of colouring, where the colour of the buildings does not stand out from between the trees and bushes, and in terms of forms, since in many places Uutmaa does not explicitly paint the boundary of the house and nature, but rather blurs it on purpose. In this way, Uutmaa stresses a harmonious lifestyle in the midst of nature. The decision to relinquish nearly half of the painting’s surface to the sky, which in its soft forms appears to be expressing support for the archaic lifestyle that is visible below, emphasises such an approach even more. Modernity, the advance of technology, politics, dynamics and other such factors have been driven out of this painting, while the draw well and the little houses that have sunk into nature become the painting’s central symbol instead.