Thirty-three paintings by 16 Estonian artists are on display at the exhibition. Among them are works by Konrad Mägi, Ants Laikmaa, Nikolai Triik, Villem Ormisson, Herbert Lukk and Elmar Kits. The primary emphasis is on ten paintings by Konrad Mägi and especially his works on Italian themes.

A press conference dedicated to the exhibition and opened by Deputy Mayor of Florence Cristina Giachi was held on 2 March. Museo Novecento’s Scientific Director Valentina Gensini, the Chief Executive Officer of the Art Museum of Estonia Sirje Helme, and Enn Kunila also spoke at the opening.

The curator of the exhibition Eero Epner and the Italian art critic Arnaldo Colasanti gave journalists an introduction to the exhibition. The Italian national television station reported on the event and its news report can be watched here Visioni dal Nord – TGR Rai Toscana

The exhibition’s festive opening ceremony took place on 3 March with the participation of about 300 people. The Mayor of Florence Dario Nardella gave the opening speech, followed by a speech from the Estonian Ambassador in Italy Celia Kuningas-Saagpakk. Director General of the Ministry of Culture of the Republic of Estonia Paavo Nõgene, Museo Novecento’s Scientific Director Valentina Gensini, and the curator of the exhibition Eero Epner also gave speeches at the opening. Finally, Enn Kunila thanked several people who filled the most important roles in making this exhibition a reality and presented them with leather-bound exhibition catalogues.

The speeches were followed by a welcome concert where outstanding Estonian musicians performed both Estonian and Italian musical compositions: the base Ain Anger, the pianist Mihkel Poll and the violinist Mari Poll. The audience very warmly expressed its appreciation of the performances.

A ribbon-cutting ceremony was carried out and the Estonian Ambassador Celia Kuningas-Saagpakk gave a festive reception to celebrate the occasion.

According to Museo Novecento employees, this was the most crowded exhibition opening in the museum’s history, attended by both the national and local media, the highest ranking leaders of the City of Florence, friends of the museum, and city residents, along with a delegation from Estonia numbering over thirty. The opening was lively. The works of Konrad Mägi evoked particular interest both at the opening and on the exhibition tours conducted over the next several days. For instance, while admiring Konrad Mägi’s paintings, the Mayor of Florence Dario Nardella pointed out the artist’s ability to model three-dimensional space using colours.

The exhibition is included in the program of the events taking place during the G7 summit of the Ministers of Culture in Florence 30-31 March.

The exhibition will remain open until 21 May of this year. 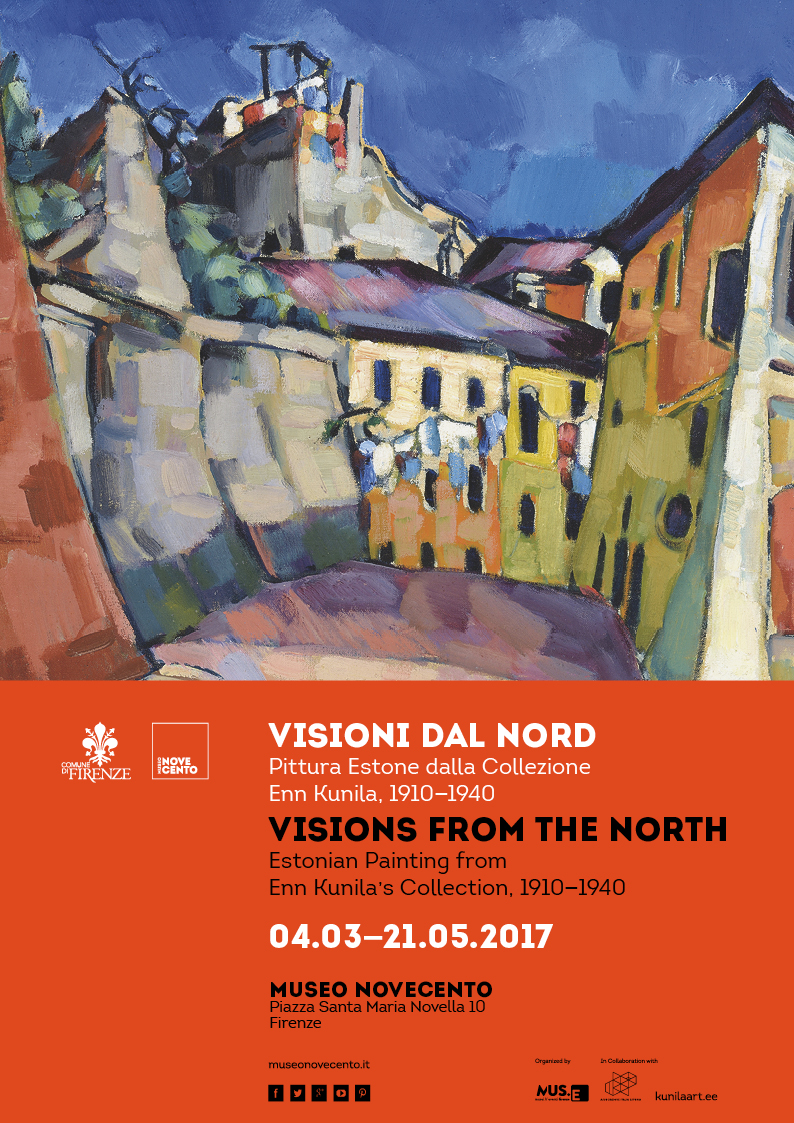