Starting on 10 June, it will be possible to visit the exhibition Wanderings of Estonian Artists. A Selection of Paintings from Enn Kunila’s Collection at the Hiiumaa Museum Pikk Maja.

The theme work of the exhibition is the first known surviving painting by Konrad Mägi, Ahvenamaa motiiv (Åland Motif) from 1906. It was arguably in the summer of 1906 in Åland that Konrad Mägi started painting for the first time. For years, this painting belonged to the Finnish lady Anni Vesanto, who was Mägi’s supporter and close friend in the initial years of his career as an artist. The painting made its way to Estonia via Bukowski’s auction house in 2013.

All of the paintings at the exhibition are tied in one way or another to the journeys of artists – both at home and abroad.

The impulse for this exhibition was the play Elagu, mis põletab (Long Live Whatever Burns) performed at the museum, which is about the life of Estonian artists in Paris in the early 20th century – in the city to which artists, writers and performers from around the world wanted to travel, and where they wanted to live and create.

The exhibition will remain open until 30 July 2017. 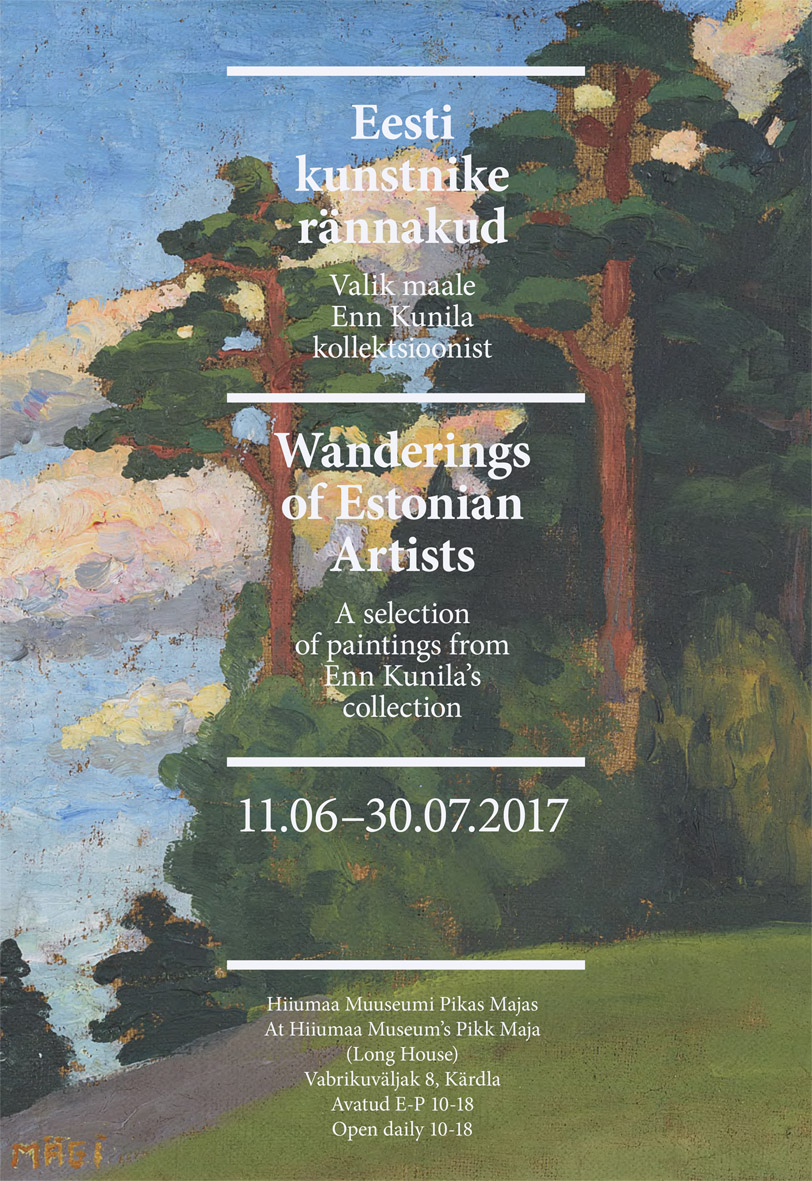