7 March marked the passing of 90 years since the birth of the painter Olev Subbi. To mark this occasion, the exhibition Olev Subbi 90. Works from the Collection of Enn Kunila was opened in Enn Kunila’s art collection gallery in the company of Olev Subbi’s close friends and associates, and people who admire his work.

The exhibition can be enjoyed here by way of this film:

Olev Subbi’s creative legacy consists of about 400 paintings, among which are portraits, figurative paintings, still-lifes, landscape and cityscape views, nudes and semiabstract intertwinings.

More than 40 paintings by Olev Subbi from all of his creative periods belong to Enn Kunila’s collection. Kunila had a close friendship with Subbi, which began in the 1990s and lasted for around twenty years until the artist passed away in 2013. Conversations on the topic of art were supplemented over time by Subbi’s advice on adding older Estonian paintings to Kunila’s collection, but also by joint trips to various art museums throughout the world and painting camps that they held together in Hiiumaa.

Almost all of the works by Olev Subbi that belong to Kunila’s collection are on display at this exhibition. All of Subbi’s approaches to painting are represented, starting from his 1960s style, which was characterised by bold contours, generalising form, and a relatively laconic use of colour, and ending with a work completed in the last year of his life, where the natural motif is depicted in layers and with a rich palette. Several clusters can take shape in this selection, for instance Subbi’s nudes are conspicuously prominently represented. In many cases, works completed on the basis of one particular model blend the nude in with nature or with an abstract environment of colour, expanding on Subbi’s favourite questions regarding the possibility of harmony and absolute beauty not in ordinary life, but on the painting surface. As a representative of the classical genre of nudes, Subbi was evidently the most productive 20th century Estonian painter and at the same time, also one of the last, painting nudes in the 1990s as well.

Alongside nudes, his works also include various figurative paintings, where a group of people (colleagues or Olev Subbi’s parents) look into Subbi’s easel camera as they stand frozen before history. There are also portraits, including those which depict Subbi himself as well as his friends (Mare Vint and Andres Tolts, Enn Kunila).

As a portraitist, it appeared to be important for Subbi to capture a certain general attitude. Instead of delicate psychological work, he preferred dream-like states, where people appear to be in a somewhat different kind of world behind tulle curtains, without making any particularly direct contact with our reality.

Additionally, Subbi’s metaphysical cityscapes form a small cluster, which has attracted less attention from the public, since Subbi started with this approach only in the late period of his creative work in the 1990s. Southern European urbanistic landscapes are the point of departure for his so-called series of foreign cities, yet he does not depict any particular place, rather he draws inspiration from the towers, bridges, city squares, and light in those places. These are universalising and abstract views, where unexpectedly for Subbi, pleasure and quests for beauty do not rise to the fore, superseded instead by spatial experience with a metaphysical atmosphere that is charged with intellectual tension.

Estonian landscapes are one of the main axes of Subbi’s oeuvre, and naturally are represented in the selection. They are either the themes of paintings in their own right, or frequently form a background that we also see in nudes or figurative paintings. Landscapes provided with abundant objects from the 1930s are not so much represented in Kunila’s collection, rather there are places with more abstract fields of meaning that depict familiar natural locations. We have not seen any one of them, yet we have the feeling as if we have been in all of them.

The exhibition is accompanied by a catalogue with texts written by Eero Epner that is designed by Tuuli Aule. 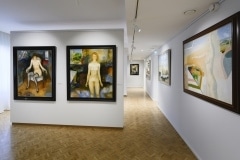 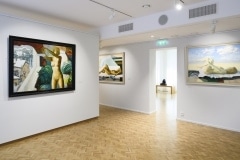 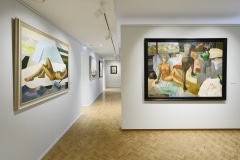 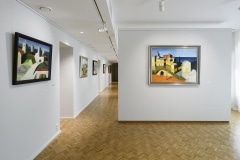 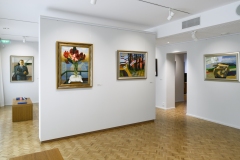 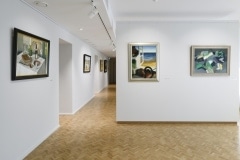 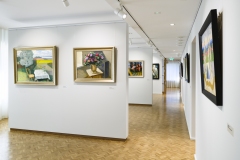 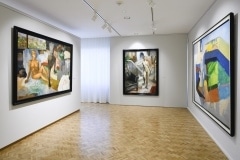 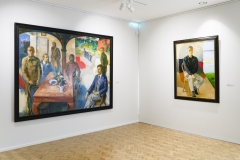 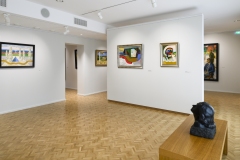 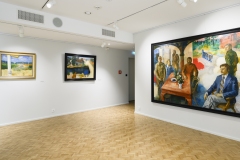 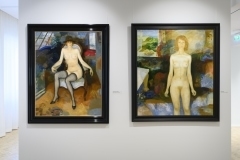 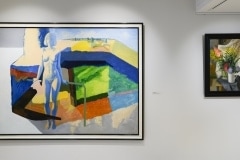 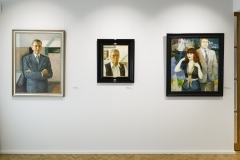 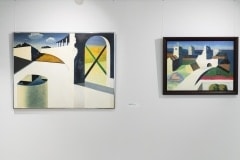 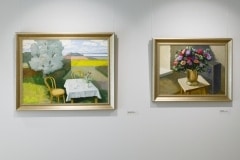 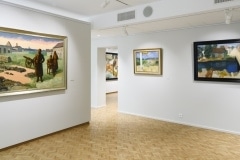 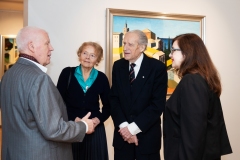 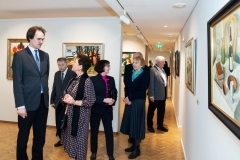 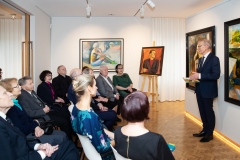 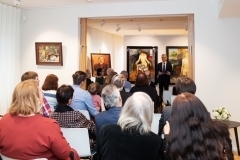 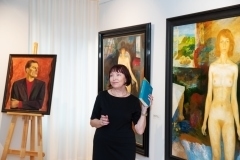 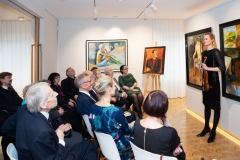 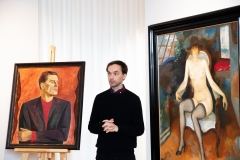