Seven nudes by Olev Subbi and Amandus Adamson’s sculpture Tšempion (Champion), completed in 1903, are on display at the exhibition Olev Subbi’s Nudes and Lurich from Enn Kunila’s Collection that is being held at Kärdla Cultural Centre.

For Olev Subbi (1930-2013), nudes provided the chance to speak of a harmonious world, to talk about beauty and loveliness, which were the paramount values for him, and for the illustration or depiction of which he considered the naked female body to practically be the most suitable. Subbi sought harmony all his life, finding it mostly in nature, memories, nudes or – colours.

Thus in the case of Subbi’s nudes, it is advisable to observe not only corporeality but also in what way the artist has used colours. Having set the focus of his art on colours, the fact that he painted nudes comes across as something even somewhat unexpected – because human skin does not exactly offer a particularly abundant colour palette. The human body is not the first object to think of if somebody happens to want to find an opportunity to discover and study colour combinations. Yet for Olev Subbi, a challenge was worth something only if it seemed impossible – and so the human body is also one of the ways of approaching colours in his paintings.

In the case of Amandus Adamson’s (1855-1929) sculpture Tšempion (Champion), the artist’s wish to depict harmony through the naked human body can also be seen. Yet unlike languid female nudes, here particular emphasis is placed on depicting human effort: Lurich’s entire body is filled with aspiration towards something more than the ordinary human body is capable of.

Not a great deal is known about the history of Amandus Adamson’s sculpture Tšempion (the model for which was the wrestler Georg Lurich).

In 1903, Lurich ordered two bronze castings in St. Petersburg from the foundry and bronze workshop of Adolphe Morand, who was of French origin – one for himself and the other to be donated to the wrestling club in Nuremberg that bore his name. After long years, one of them found its way to the Estonian Sports Museum, but nothing was known of the fate of the other statue for more than a hundred years.

A world exposition was held in St. Louis, USA in 1904, and tsarist Russia was also one of the participants. Adamson’s Tšempion was also sent there along with works by other Russian artists of that time. Yet this work of art was not returned home. Nobody knows exactly what adventures Tšempion went through in America over the course of a century. It came to light once again in early 2017 at an auction in the USA and thereafter the sculpture arrived back in its homeland more than a hundred years later.

The exhibition Olev Subbi’s Nudes and Lurich from Enn Kunila’s Collection is open at Kärdla Cultural Centre from 19 February to 24 March 2018. 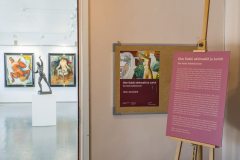 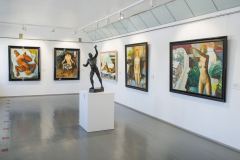 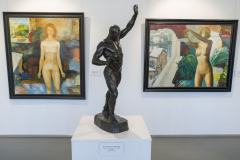 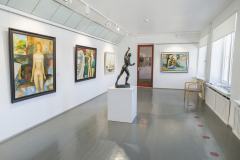 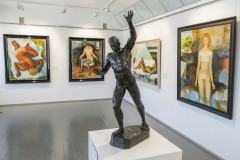 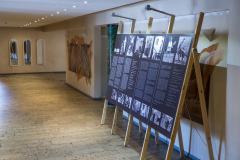 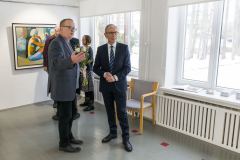 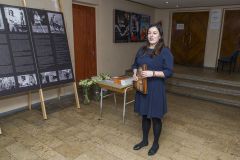 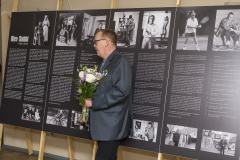 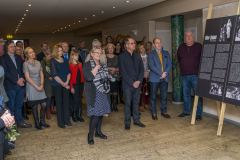 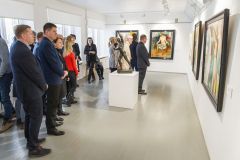 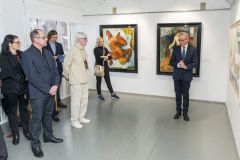 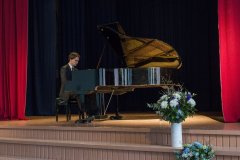